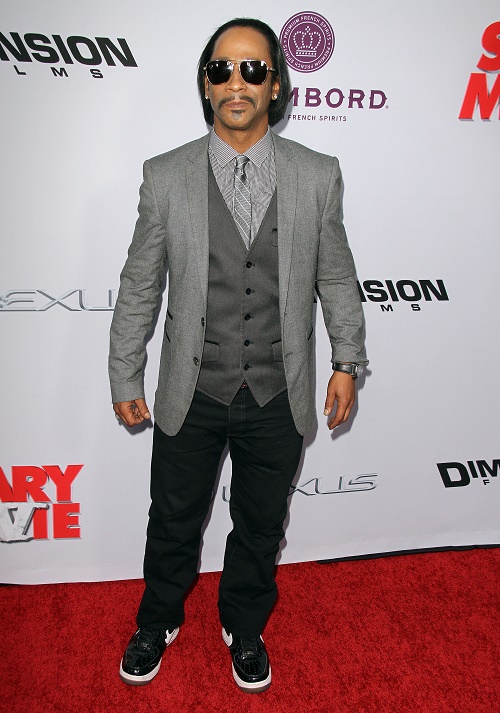 Love & Hip Hop Hollywood spoilers reveal that Hazel E. has a new boyfriend! And, it might be the most random hook-up ever, but we can’t say we’re really surprised – the women of Love & Hip Hop tend to cling to any celebrity with a pulse. Hazel has confirmed that she is now dating comedian and funny-man Katt Williams, and she is just head over heels in love, because you know – Katt Williams is so dreamy.

During Season 1 of Love & Hip Hop Hollywood, VH1 viewers got a front row seat to Hazel’s disastrous relationship with rapper Young Berg – which was such a train wreck, it was truly difficult to look away. Since filming ended, Young Berg and Hazel’s relationship was kaput and he is now dating her ex-bestie Masika Kalysha. Hazel was recently linked to actor Tom Hanks’s wanna-be rapper son Chet Hanks – which apparently didn’t pan out, and she has moved on to Katt Williams.

Katt took the stage in Cincinnati, Ohio for a show – and went public with his and Hazel’s relationship – gushing to the audience about how happy he was she had come along. In a recent interview with Sister 2 Sister Magazine Hazel revealed, “We met through a mutual acquaintance at an event at The London Hotel in Hollywood. Our relationship has been official for a few weeks.”

So, Love & Hip Hop fans, what do you think of Hazel dating Katt Williams? Is it the real deal – or just another L&HH star sleeping her way up the celebrity food chain? Do you think that Katt will appear on the next season of Love & Hip Hop Hollywood with Hazel? Let us know what you think in the comments below and don’t forget to check CDL for all of your Love & Hip Hop spoilers and news.