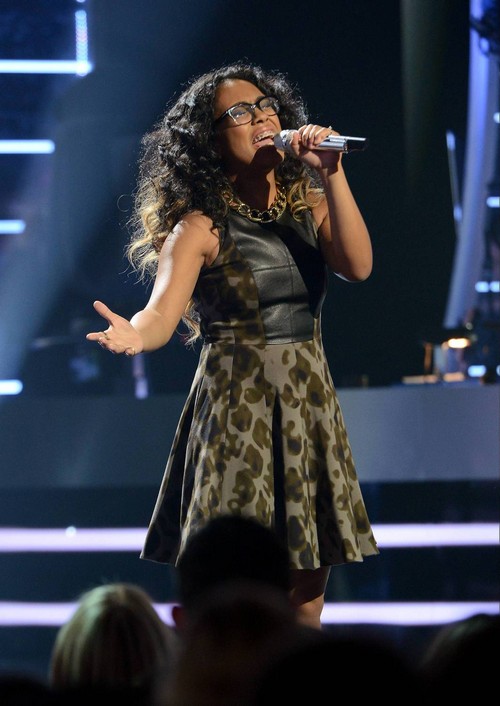 Malaya Watson sang, “Through The Fire” by Chaka Khan which was was her 1980s song choice.  This week the Top 8 will have to bring their A game to stay around for another week, we expect a higher level of performances after last week’s shocking results.  Last week, the judges used their one save of the season, so one bad performance and its game over.  The contestants have their 80s faces on and their 80s clothes and tonight they are ready to impress the judges and America.  Did you watch tonight’s performance show? Just in case you missed tonight’s show we have you covered and you can read our full and detailed recap here!

On last week’s episode Malaya sang “Ain’t No Way” by Aretha Franklin and Harry loved her rendition saying, “You are doing everything right, you’re entertaining, you’re performing, you’re doing all of those things right.  I’m going to give you the same advice I gave you last week, you have access to so many music coaches, this incredible band, and Ricky.  Get them to teach you notes, there’s 12 notes, learn them all.  You can get there, you can do it.  I wouldn’t waste my time telling you if I didn’t think you could do it.  And keep doing what you have been doing, that was great.”