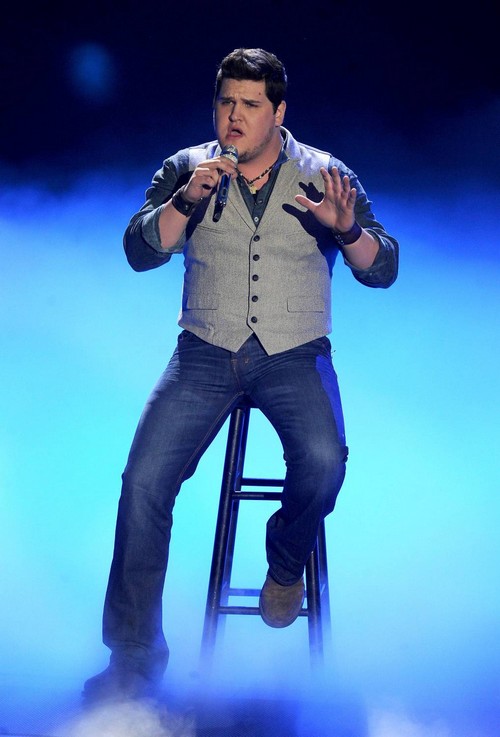 Dexter Roberts sang, “Keep Your Hands To Yourself” by Georgia Satellites which was was his 1980s song choice.  This week the Top 8 will have to bring their A game to stay around for another week, we expect a higher level of performances after last week’s shocking results.  Last week, the judges used their one save of the season, so one bad performance and its game over.  The contestants have their 80s faces on and their 80s clothes and tonight they are ready to impress the judges and America.  Did you watch tonight’s performance show? Just in case you missed tonight’s show we have you covered and you can read our full and detailed recap here!

On last week’s episode Sam sang “One Mississippi” by Brett Eldredge and Jennifer loved his rendition saying, “Dexter, I guess you showed us, we kept saying try something different, and you know what you did.  I heard so many little nuances in your voice that I have never heard before.  I wanna give a shout out to Alison for backing you up, that’s my girl.”