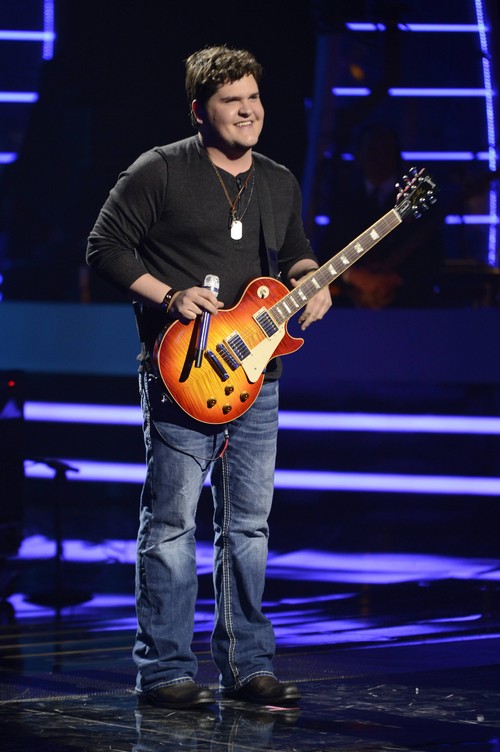 Tonight on AMERICAN IDOL the Top 12 finalists performed songs perform songs that spoke to their “Home.” For his song DEXTER ROBERTS sang, “Lucky Man” by Montgomery Gentry.  Just in case you missed tonight’s show we have you covered and you can read our full and detailed recap here!

Judges comments on tonight’s performance: Keith – “I like the way you took little liberaties with the phrasing, and the best part is you messed up at the end and forgot a moment and it was totally vulnerable.”  Jennifer – “I think we are being a little hard on you guys tonight.  I think back to when Scott McCreary won, and he had such a wonderful voice and surprised us every night, and I think that’s what you have to do.”  Harry – “It’s not about being hard on anybody, it’s about being honest.  It was by far the best performance of the night.”