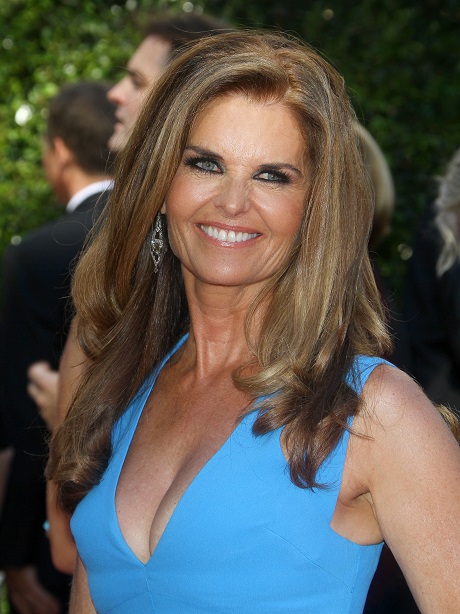 Maria Shriver acted the part of the jilted wife when news of Arnold Schwarzenegger‘s affair first leaked, down to the least tear and tantrum. However, it turns out that she may not have been as innocent as she pretended, with her own secret affair hidden away from the public eye all these years.

According to recent reports that have just come to light, Maria was actually sleeping with her husband’s lead campaign strategist, much before revelations of Arnold and the nanny came to public attention. The Post reports that years after playing the part of the heartbroken wife, Maria has been seen in the company of Matthew Dowd, Arnold’s former campaign strategist.

Apparently, Maria and Matthew have been having an affair for a long, LONG time, with sources adding, “Maria likes to make it appear that she’s the victim, but she’s not. The [idea] that they started dating recently is ridiculous.’’

Let’s look at the timeline, shall we? Arnold’s affair with housekeeper Mildred Baena and the revelation of his paternity as the father of her child came out in 2011 – at least, to the public. Maria didn’t show any outward signs of displeasure until then, but the sources claim that she and Matthew started seeing each other in 2006 – a full five years before Arnold’s affair went public. Sources say that Maria and Mathew didn’t hide their affair, adding, “There was a lot of flirtation. They frequently spent time alone, and Arnold was rarely, if ever, around when they were together.”

But the sources also claim that Arnold eventually DID find out about the affair, and kicked Matthew off his support staff. Even then, it’s a bit hypocritical of Maria to play the part of the jilted wife when she was the first person to have a public affair, no? I think it wasn’t even the fact that Arnold was cheating on her that made her so upset, but rather that he did it so carelessly AND fathered a child with another woman woman.

Granted, Maria could have also just as easily known about Arnold’s affair with the housekeeper, since it went on for so many years. In addition to that, fathering a child with another woman probably constitutes the ultimate betrayal in Maria’s mind, and she probably thinks she’s absolved because the most she ever did was have an affair.