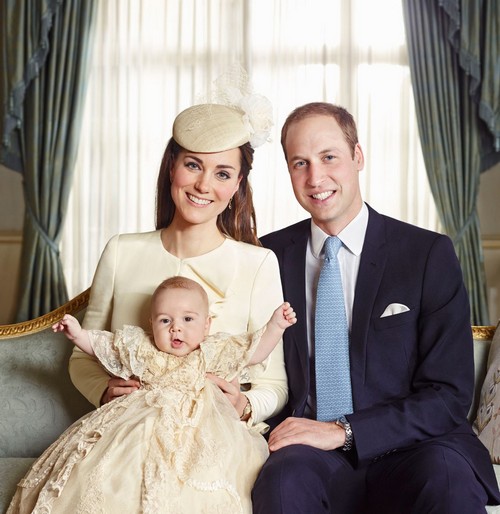 Some people actually thought that the new royal nanny of Prince George would manage to stay hidden for more than a few weeks. And they were subsequently proven wrong almost immediately. The palace has finally confirmed the existence of the new royal nanny, probably because the news already leaked and they’re busy prepping for the royal tour.

Kensington Palace confirmed that the nanny was Spanish, and her name is Maria Teresa Turrion Borrallo. A rep for the palace explained, “Maria is a full-time nanny, who started work with us recently, and will be accompanying the Duke and Duchess and Prince George to New Zealand and Australia. Kate Middleton and Prince William are happy and delighted she’s come on board. When they’re out and about she will be looking after Prince George as she’s been doing for the last couple of weeks.”

Most high-class English families reportedly stay away from hiring English nannies, and Will and Kate definitely didn’t buck that trend. However, that doesn’t mean Maria’s training and experience is any less thorough. In fact, they’re quite eye-popping, and contain a few things that I didn’t even know existed. There’s a nanny school?!

That’s right, a nanny school. Maria apparently attended the ‘celebrated’ Norland Nanny school in London, and Will and Kate found out about her through one of their close friends. Apparently, the courses at Norland Nanny don’t just involve baby and child care, but also lessons in self-defense, escape driving, and martial arts. Yikes.

Needless to say, she’ll probably be able to karate chop any potential kidnappers away, and her credentials are pretty impressive. It’s not hard to see why Kate and Will have hired her, and why they felt comfortable leaving her with George after only a few weeks of employment.