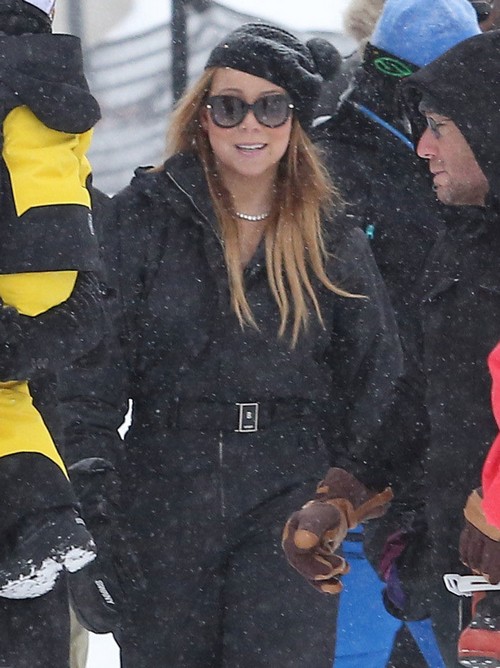 Mariah Carey has split with Nick Cannon and the diva is not doing well with her impending divorce. Friends fear Mariah will get drunk and over New Years and this will contribute to her instability and depression. Mariah Carey and Nick Cannon are officially separated, even though they still refuse to comment on the divorce in the media. Mariah has reportedly put in a gag order restraining Nick from saying or mentioning anything about the divorce in public, and because she’s Mariah Carey, Nick Cannon has to listen to her. Who knows what sort of incriminating evidence she’s collected against him in all those years of marriage.

However, even though Mariah and Nick are living separate lives now, that doesn’t mean that it’s by Mariah’s choice. If it was up to her, Nick Cannon would still be living under her thumb, at her beck and call for anything and everything. Unfortunately for her, it’s not up to her, and Nick Cannon finally grew a backbone and dumped her. Of course, he also cheated on her with a bevy of other women and didn’t really care about hiding his affairs, but that’s another matter. 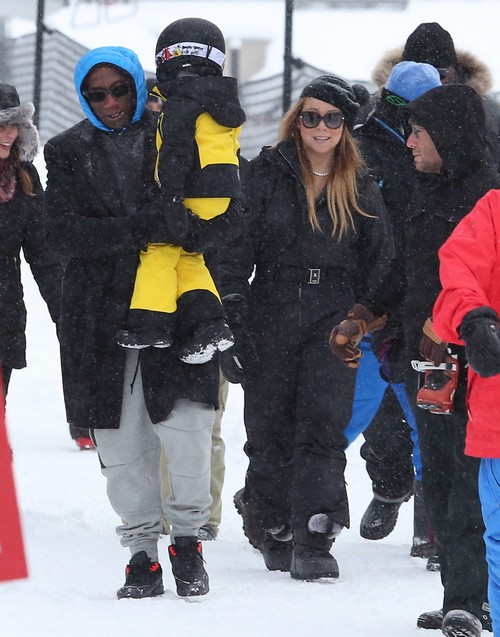 In Mariah Carey’s mind, she’s still furious that Nick Cannon cheated on her with all those ‘sluts’, and she’ll passive aggressively continue accusing Nick of that fact. He can try running away, he can try finding another girlfriend, but he’ll never really escape the shadow of Mariah Carey. When you marry into Mariah’s world, you’re stuck forever – and in more ways than one, considering that they have two children together.

In fact, our sources also tell us that Mariah Carey has been turning to booze more than usual lately, and has been planning a particularly drunk New Years in lieu of Nick’s absence. Basically, expect Mariah Carey’s diva behavior to be ramped up to 100% after a boozy New Year’s. She’ll also drag Nick Cannon into the media with another snide remark or tweet, and he’ll be forced to deny that anything’s happening. Whatever else, Mariah Carey knows how to play the media like a fiddle.

Singer Mariah Carey spends the day on the slopes with her twins Monroe and Moroccan in Aspen, Colorado on December 30, 2014. Mariah’s estranged husband Nick Cannon has come out on Twitter to deny that his upcoming album has anything bad to say about Mariah. With Cannon saying they are forever family and that their bond is rooted in love. FameFlynet