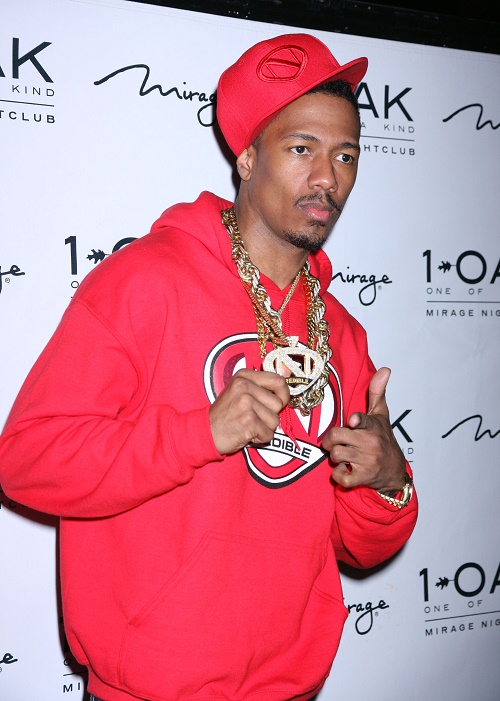 Nick Cannon and Mariah Carey’s divorce still continues to serve up the gossip, especially in regards to Mariah’s never-ending temper tantrums. Rapper-producer Mally Mall recently told the media that Nick was dissing Mariah Carey in his new record, which probably freaked Mariah out. She might even have reached out to Nick and threatened him, because next thing we know, Nick Cannon is using Twitter to deny the claims.

Nick tweeted, “There is no album or songs! I will never say anything negative about @MariahCarey We are forever a family rooted in love. I am always an open book but Personal matters are just that ‘Personal.’ So please respect my family and respect the process.”

Right. See, this is the frustrating thing about celebrities – they always want their privacy respected, but at the same time, they keep talking about their personal lives whenever they feel like. Nick was the one who started the divorce rumors when he brought up his marriage in an interview a few months ago, and that opened the floodgates to all the gossip about him and Mariah Carey. Everyone eventually found out about their divorce, but now he wants his ‘privacy’. Sure, Nick, sure.

Now, about Nick Cannon never saying anything negative about Mariah Carey – that, I believe. Sure, he might passive aggressively hint at something in his new album, but there’s a reason he stayed with her all these years – and it’s not because of ‘love’. It’s because he’s terrified of her, and terrified of what she’ll do if he ever says anything negative about her in public. I have no doubt that Mariah Carey has a lot of incriminating evidence on him, and she’ll go public with it if he ever puts one toe out of line. Nick might have gotten a divorce from his ex-wife, but that doesn’t mean he’s escaped – nobody ever ‘escapes’ from Mariah Carey.

What do you guys think? Do you believe that Nick Cannon has the balls to be dissing Mariah Carey in his new album? Let us know your thoughts in the comments below.