Mariah Carey’s Divorce From Nick Cannon Forces Her To Turn To Booze To Cope With The Pain! 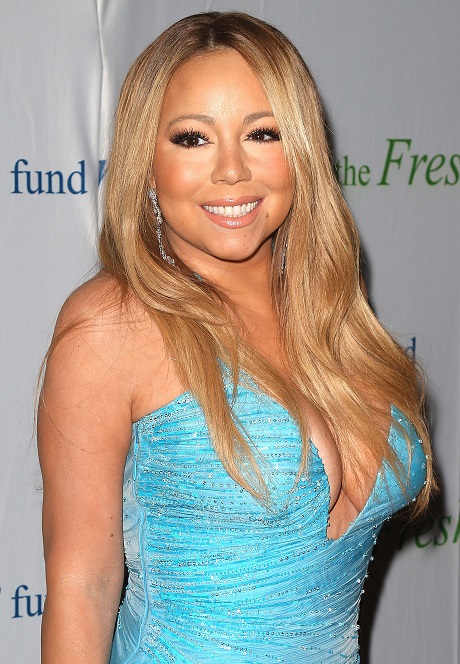 Mariah Carey‘s marriage to Nick Cannon is all but over, and according to Mariah’s friends, she’s not been handling it very well. Obviously, Mariah’s ego is not helping things, and she’s probably gone through various stages of denial over the end of her marriage. But in the end, nothing helps like alcohol, and Mariah’s reportedly been hitting the booze hard in the aftermath.

Us Weekly claims that the divorce has increased Mariah’s self-esteem issues, and her insecurity has caused her to become obsessive compulsive over some pretty weird things. For example, the magazine’s source adds, “She stays up all night, looking at every frame of herself in every photo and dissecting it to death. She is beautiful but has major body issues.” Yeah, we already figured that out from the insane level of airbrushing going on in every single one of her publicity pictures.

The report also discusses the reasons behind Nick’s divorce from Mariah, with sources claiming that Nick ‘hung in there’ much longer than anybody thought he would. To be honest, we were also surprised that Nick even stayed with Mariah for so many years, but some people will do anything for publicity and fame.

Nick’s public profile increased dramatically while he was with Mariah, and by the time he got sick of her ego and her diva behavior, he already had kids with her – and he loved his children too much to put them through a contentious divorce at the time, so he just dealt with Mariah’s antics. However, things clearly got too much for him to handle, and despite the rumors claiming that he cheated on Mariah, the report claims that Nick just got sick of Mariah’s insane demands and wanted out.