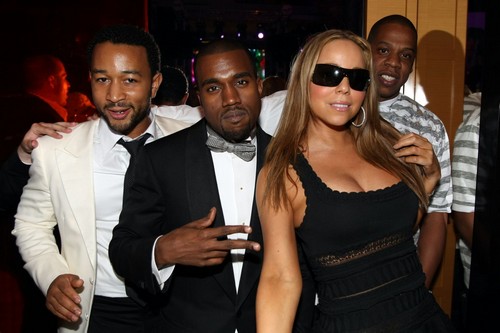 Mariah Carey is never going to live down the humiliation of Nick Cannon sleeping with Kim Kardashian, even if it happened years before they got married. Keep in mind – Kim is probably a D-list untouchable in Mariah’s mind, and the fact that her husband actually slept with her is unforgivable. We’ve been saying that Mariah and Nick have been having issues for the past couple of months, and now we know why. The minute Nick admitted that he slept with Kim [in an interview with Big Boy TV], his relationship with Mariah started taking a downturn. It doesn’t matter that the affair happened a long time ago, and it doesn’t matter that Nick was saying it jokingly. The simple fact of the matter is that he admitted it in public.

Mariah’s ego took a sizable hit after that, and she still hasn’t forgiven him for embarrassing her like that. Nick’s already admitted that he and Mariah have been living separately for the past few months, and a divorce seems all but guaranteed.

The real question is – what will Mariah do for revenge against Kim? What, you don’t think she’ll do anything? Guys, this is Mariah Carey we’re talking about. She would never let this kind of transgression go unpunished, not when her image has taken such a massive hit. It’s very possible that she goes after Kanye West to get revenge against Kim for sleeping with Nick. Like I said, it’s not really a factor that she and Nick got married way after he hooked up with Kim. For her, it’s the public opinion that matters, and right now, the public is laughing at the fact that she shared a lover with Kim freaking Kardashian. So what better way to get revenge – both against Nick and Kim – than to sleep with Kanye?

Editor’s Note: Just how bad is Kim Kardashian? How much do other celebs hate her? A superstar diva throws her loving husband and father of her children out on the street because he slept with Kim – before they were married? Mariah’s reaction was like she found out Nick used to sleep with animals or something!