Miley Cyrus Reaches Out To Liam Hemsworth For Rehab And Drug Detox Support? 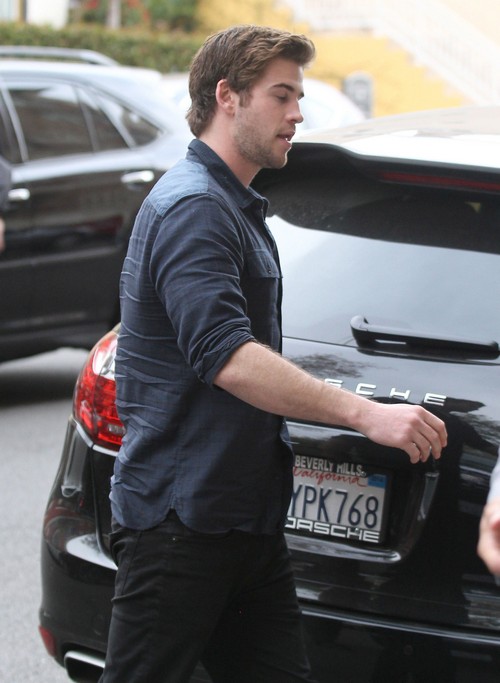 As far as we know, Miley Cyrus and Liam Hemsworth haven’t been in touch since they broke up at the beginning of last year, but has that changed? Sources claim that Liam was incredibly worried about Miley’s downward spiral, and tried to get in touch with her several times over the past year. However, while she didn’t respond to any of those attempts, she has reportedly reached out to him for support following her recent hospitalization.

As we know, her team is still claiming that she had an allergic reaction to antibiotics – but I also think we can say that excuse is pretty thin, as far as excuses go. Sources have stated that Miley is not suffering an allergic reaction, but that she’s actually detoxing from her recent drug binges and had to be hospitalized to prevent exhaustion and more serious health complications.

Anyway, Miley reportedly went to Liam for some help and support in dealing with all of this. Even if the former couple ended things on somewhat bad terms, they were engaged for several years and no doubt there’s a lot of lingering affection there. Liam may have cheated on Miley and even initiated their breakup, but I have no doubt that he would be there for Miley if she ever needed him – and clearly, she needs him now more than ever.

As for Miley, she needs all the support she can get rid now, even if it’s from her ex-fiance. There aren’t a lot of people she can turn to for help concerning this situation, and Liam is actually one of the few who probably would help her, no strings attached and without judging her.

Granted, I don’t think this is going to end up in a reconciliation, but it’s nice to know that Hollywood exes can still be civil to each other.