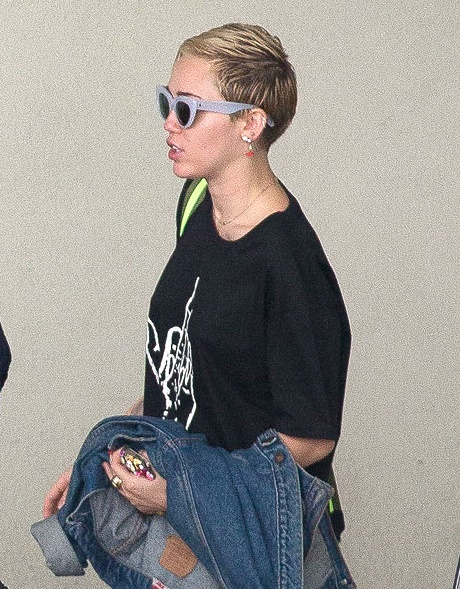 Miley Cyrus visited New Zealand recently and fans found themselves in an uproar after Miley refused to interact with them. She just blew them off! Don’t snub the fans. Never, ever snub the fans. It’s the first rule of being a celebrity. In fact, it’s the only rule of being a celebrity. Miley Cyrus doesn’t understand this concept, because she bought her brain at a garage sale when she was nine. Hundreds of hungry, cold and sleep deprived New Zealand fans are furious after Cyrus ignored them when she arrived in Auckland.

“A crowd of 29, mostly young women, had gathered calmly outside a small special exit at the airport’s international terminal. However things turned feral after Cyrus went from another side door straight into her waiting car. The crowd and paparazzi rushed the star but she was swiftly bundled into the vehicle while police and bodyguards kept the adolescents at bay,” writes a New Zealand-based media outlet.

Everyone loves New Zealand – it’s like a baby Australia. Miley The Narcissist didn’t even know which country she was in. The angry fans ditched their high heels and ran after the car like a bunch of Tina Turner men. They screamed and drooled and cried in the cold wind, but it wasn’t enough to stop their idol from disappearing behind the hilltops.

Why all the rushin’ and the bluffin’? What caused the Sudden Fan Abandonment Syndrome?

According to one of our exclusive sources, “Everyone is jetlagged after a 12-hour flight. I think the story is a bit blown out of proportion. Miley is the poster child for professionalism. She loves her fans and she loves performing for them.”

What do you think? Did she really ditch her fans? Let us know your thoughts in the comments below.