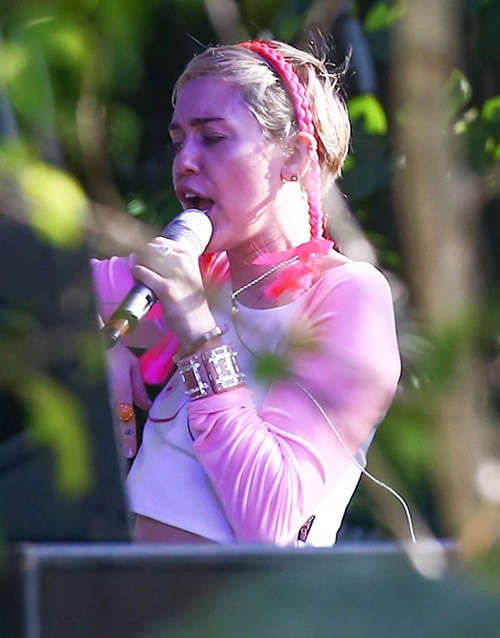 Miley Cyrus is a world-famous singer, pop star, and celebrity, but she’s also known as a loose cannon for her on-stage and off-stage shenanigans. Let’s be real, making twerking famous and performing half-naked doesn’t really endear you to any future mother-in-law, especially when that mother-in-law comes with the Kennedy name. So is it any surprise to hear that Maria Shriver isn’t thrilled about her son, Patrick Schwarzenegger, dating Miley Cyrus?

We’ve been hearing that Patrick and Miley have been getting serious for some time now, which makes sense. Miley took her sweet time in finding a boyfriend after breaking up with Liam Hemsworth, who she was engaged to for years! This girl doesn’t treat relationships as a joke, and it’s pretty obvious that she has Patrick wrapped around her finger. However, that’s not the best news for Maria, who probably thought [and expected] her son to marry someone befitting the Kennedy name. You could argue that Miley’s fame, income levels, and A-list status justifies the relationship [not that a relationship even needs to be justified], but there’s the simple fact that no parent wants to see their kid in the tabloids. Well, non-famewhore parents anyway.

Regardless, Life & Style magazine claims that Maria read Patrick the ‘riot act’ after ‘racy’ pictures of him and Miley hit the magazines. But of course, no kid wants to listen to their parents, and in fact, telling him that he needs to stay away from Miley will probably do the exact opposite.