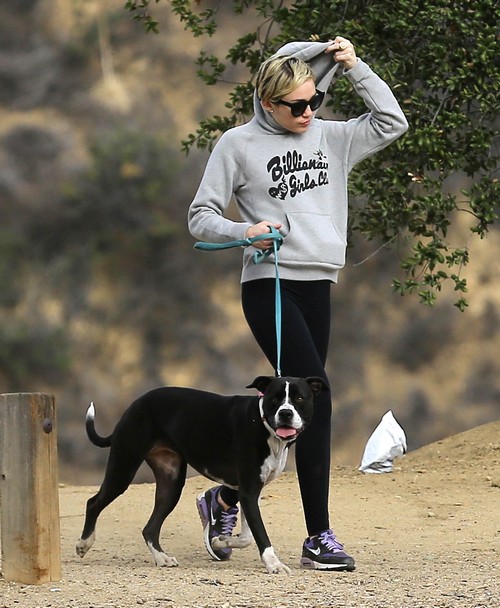 Now, even with that being said, I have a feeling that Miley and Patrick are going to last a lot longer than people give them credit for. Remember – for all the rumors and gossip, Miley Cyrus was actually in a committed relationship with Liam Hemsworth for a couple of years, (at least Miley was committed!)  followed by more than a year of single-dom. Plus, Miley Cyrus is the type of girl to lay her eggs somewhere and then refuse to leave. From what it seems, Patrick Schwarzenegger fits her criteria perfectly: good looking, good family, rich and famous in his own right, and he seems to be a nice guy. Really, what more could a girl ask for?

Uh-oh, can I take that back? The same sources who insisted that Miley was not pregnant with Patrick’s baby are now claiming that Miley and Patrick were getting very serious, very quickly. We already know that Miley met at least one of Patrick’s parents, Maria Shriver. And now, we’re hearing from sources close to the dating couplet the word ‘marriage‘ is bandied about quite a lot. Remember, this isn’t some random Hollywood family – this is the Kennedy dynasty. Miley Cyrus clearly traded up, but for them, a relationship like this is something that can only be embarked upon seriously, not for frivolous or casual reasons.

Plus, we already know Miley is interested in marriage, and knowing Patrick’s family background, I’m sure his family will be over the moon if he gets married earlier as well. Perhaps they won’t be thrilled with WHO he’s marrying, but still, a marriage is a marriage.