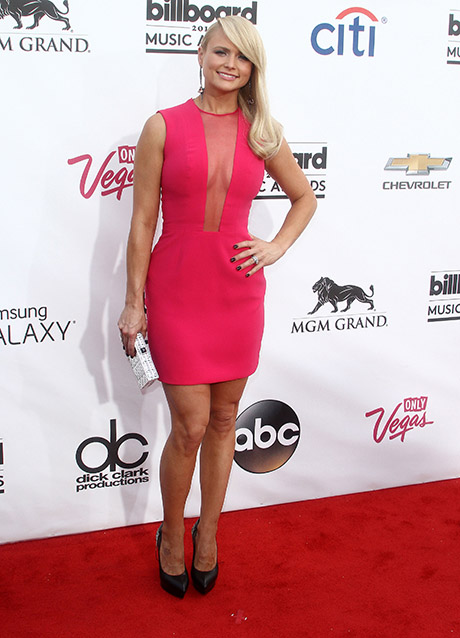 Miranda Lambert has dropped an awful lot of weight since last fall and, at first, it was cool to watch the singer decide to take really great care of herself. She spent most of last year defending her marriage and insisting that her husband, Blake Shelton, isn’t the horn dog that the media has painted him to be. By the end of last year, Miranda decided that, instead of sitting at home alone curled up with a pizza, she was going to get into the gym and whip herself into shape.

It was nice to see her focus on something — anything other than her struggling marriage. But now it seems that her only focus is the number on the scale. According to the June 9th print edition of Star Magazine, Miranda is obsessed with losing weight and is taking any measures necessary to make sure she drops the pounds. The intense focus that she had on her shady husband has now shifted to her weight.

Sources say that those close to Miranda are afraid that she has gone too far — and she herself knows it, too, because instead of being proud of her size she’s starting to lie about it. She claims that a size 0 is unrealistic and unhealthy, yet that is exactly the size clothing that her stylist requests for her now.

As far as her marriage goes, sources close to the couple say that a divorce seems imminent. They have a multitude of problems that are rarely worked on because their schedules tend to keep them apart. Do you think that being in denial about her marriage has led Miranda to focus on other unhealthy behavior such as her extreme dieting?

She clearly has no control over her husband’s behavior and he doesn’t care enough to get himself together — so is Miranda simply taking extreme measures to control what she can . . . her weight? Do you think that she has a full blown eating disorder yet or is she still just dealing with a seriously disordered way of eating? Either way, dealing with this dysfunction is clearly easier than facing her failing marriage, don’t you think? Tell us in the comments below!