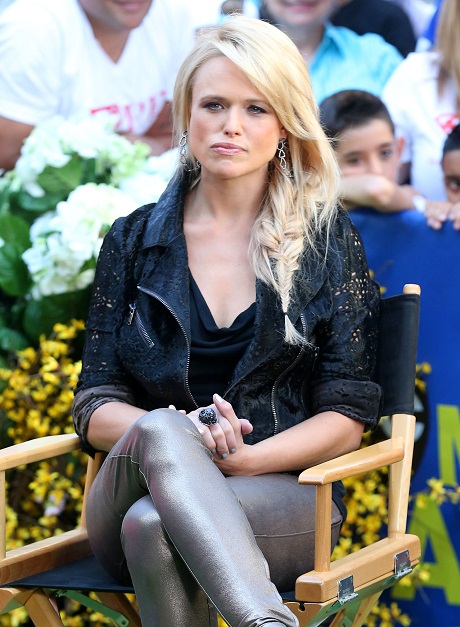 Sure, Miranda Lambert looks great, but from what we have been hearing it has come at a real price. The country star has spent the last 8 months of her life living on the strictest diet ever in order to control one of the few things in her life that she can — her appearance. Her career is in the hands of music industry big whigs, the fans help determine whether she’s hot or not, and her marriage to Blake Shelton, well, we know what a mess that has been.

He seems to have a really hard time keeping his hands to himself and the rumors of his cheating seem a whole lot stronger than the ones of Blake being happily married. So Miranda whipped herself into great shape but according to the June 23rd print edition of The National Enquirer, she has found out the hard way that it fixes nothing other than her wardrobe.

Instead, sources say that Miranda’s mood is absolutely horrid, probably because her body isn’t really getting what it needs. She’s likely always hungry and that causes mood swings that are intensified by the other problems in her life. She’s skinny and she still doesn’t trust her husband and divorce is still looking like as viable an option as it did this time last year.

Plus, when Blake is at home now they actually have less in common because the couple has always bonded over drinking and food. Miranda now refuses to deviate from her diet so from Blake’s stand point his wife has totally changed and they have nothing in common.

Are you surprised that Blake and Miranda are still together? Is divorce inevitable for these two?