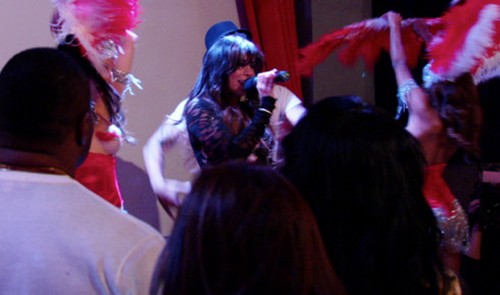 Tonight on VH1 their docu-soap series MOB WIVES continues with an all new episode.  On tonight’s finale show Natalie Performs Her Song “Delicious” In Front On Renee.  Did you watch last week’s episode?  We did and we recapped it right here for you.

On last week’s episode Drita’s dinner party took an ugly turn when Renee blamed Alicia’s insecurity for their issues. With her sentencing coming up, Alicia began the stressful process of preparing herself and her young children for the very real possibility that she could go to jail. While Natalie and London went apartment hunting in New York, they got into an argument that jeopardized their future together. Meanwhile, Drita had a grand opening for her new store and Ang continued her quest to build a baby. When Renee found out that Natalie had publicly humiliated her on Twitter, their uneasy truce was broken…leaving their relationship in tatters and the other women running for cover.

On tonight’s season finale Renee confesses that she’s penning a sex novel, then plans a release party. Meanwhile, Alicia appears before a judge. At the party for Renee’s book launch, Natalie performs the song “Delicious” for the whole crowd.

Tonight’s episode is going to be another drama packed one, which you won’t want to miss. So be sure to tune in for our live coverage of VH1′s Mob Wives Season 4 Finale at 10PM EST! While you wait for our recap, hit the comments and let us know how excited you are about the new episode of Mob Wives tonight.