Neil Patrick Harris Reportedly Steps Out On ‘Gay Lover’ – Cheating On David Burtka Or Finally Putting An End To An Affair? 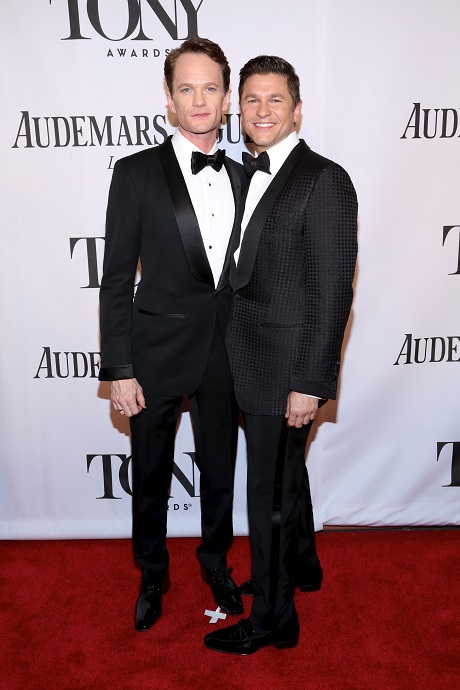 Neil Patrick Harris has been at the center of several tabloid controversies, most of them likely conjured out of thin air. He and David Burtka continue to be happily partnered with two young kids, but the recent rumors concerning the state of his love life have been increasing. For one, the National Enquirer has a new report suggesting that Neil has ‘stepped out’ on his ‘gay lover’. By that, they could be referring to David, or alleging that Neil was having an affair.

It’s hard to believe these stories when they’re accompanied by photos that provide absolutely no proof to support their theories. In this particular case, the picture shows Neil walking out of some apartment, carrying a box. How is that supposed to prove that Neil has ‘stepped out’ on anyone, much less his lover? There are a thousand innocent explanations for this, not to mention reasonable explanations that don’t involve affairs or cheating or stepping out.

In any case, it’s not difficult to believe that David and Neil have been having relationship issues lately, especially as Neil has been working non-stop. But how is he supposed to turn down any of these opportunities? A David Fincher movie, Broadway, hosting awards shows – these are all major boons for any actor, especially one that’s trying to transition from TV into movies. Plus, it’s believable that David might be resentful and jealous that Neil’s career has been so successful, while his own has stagnated quite spectacularly.

Even then, all we have is rumors that the couple may not be 100% happy, nothing to suggest that Neil would walk out on David or cheat on him.