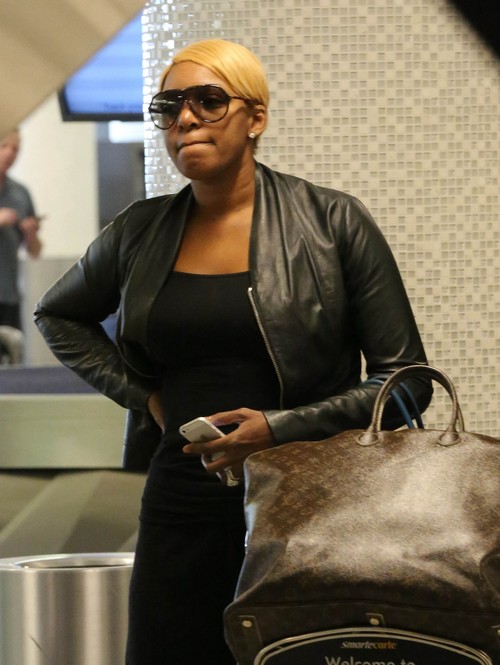 One minute, they’re enemies. The next minute, they’re best friends for life. Which Real Housewives of New Jersey and Atlanta are we talking about? Yes, this statement could technically apply to all of them, but for the moment, it applies to NeNe Leakes and Teresa Giudice.

NeNe Leakes told Andy Cohen, “I would even visit her [in jail] I really would. I feel bad for her. I feel like when Teresa calls me, she knows she’s going to get real true advice.” Does anyone believe this crap? NeNe was probably under strict instructions to say what she did, but you know what? I actually believe her. Of COURSE NeNe Leakes will visit Teresa Giudice in prison, if only because it will be filmed and will net the Real Housewives franchise a lot of publicity. It will also make NeNe Leakes look like a saint, and there’s nothing NeNe likes more than a little positive publicity.

In fact, I’m pretty sure that every single housewife will visit Teresa Giudice in prison, and I’m sure all of these visits will be filmed. Just because Teresa Giudice will end her contract with the show in the next few months, it doesn’t mean that Bravo won’t take advantage of their history with her to increase their viewers. And right now, viewers want to know about Teresa Giudice’s prison experience.

But wait, that’s not all. NeNe Leakes actually had the audacity to explain why she didn’t call Teresa after hearing about her sentencing, even though they’re such good friends and all. She explained, “When I spoke to her I said ‘I know so many people were going to text you and call you and I didn’t want to be that person.”

Yeah, she didn’t want to be ‘that person’. HAH. If they weren’t so bad at it, the Real Housewives could all give real actors and actresses a run for their money at the Oscars.