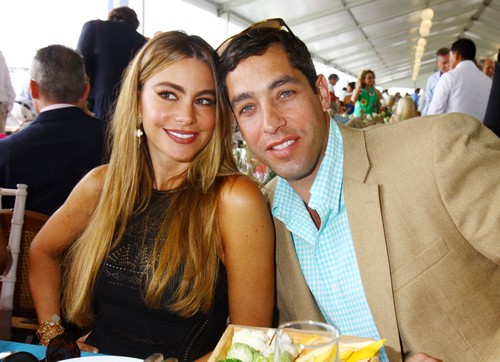 Nick Loeb is doing damage control in the wake of his most recent split with Sofia Vergara. Even though he’s been portrayed a wannabe famous celebrity riding on Sofia’s coattails through most of the breakup stories, his ‘friends’ claim that the truth is very different.

One supposed pal told Page Six, “She’s a horror. Her manager — a nasty little Colombian — is recycling the ‘Nick likes coke and hookers’ stuff.” Another friend claims that she threw Nick’s phone out of a car window on the way to a hotel when he upset her, and yet another alleged that she refused to stand next to Nick during a major press conference because she couldn’t ‘stand sharing the limelight’.

Jeez, talk about harsh, no? His friends also claim that he never asked her for a penny, nor did he use her to increase his own profile. As the heir to two different Wall Street dynasties, he’s pretty much set whether he’s dating a hot Hollywood actress or not. Plus, a source adds, “Nick paid for [their] New York and Los Angeles digs. He paid his own way to [her] awards ceremonies. He lived in a tuxedo.”

Ok, I highly doubt that he paid to attend those awards ceremonies! I can believe that he had his own money and used it, but every celebrity gets a plus 1 [for FREE] whenever they attend awards ceremonies. Why would Nick pay for it if it was free? See, now it’s just coming off as though his team is just saying shitty things about Sofia to make her look bad, even if it’s not true.

Plus, Nick’s ‘friends’ also add that Sofia was increasingly self-obsessed and would only focus on the conversation if it was about her. They state, “I wouldn’t say ‘bitch’ — but . . . I’m happy to see her go. Good riddance.”

Obviously, this was Nick’s team leaking all this stuff, and probably on his orders. It’s damage control 101, but I don’t think it’s working. First of all, nobody cares enough about Sofia Vergara to care whether she’s a bitch or not, and second of all, nobody believes this stuff when it comes from a vindictive ex-boyfriend with something to prove.