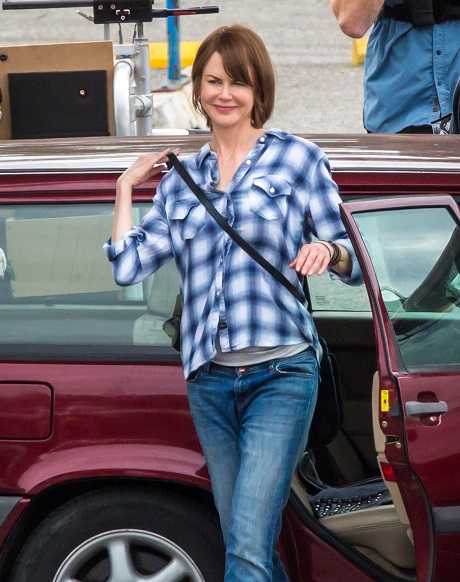 Nicole Kidman is an Oscar winning actress who has made some classics over the years, so what’s going to account for her sad lack of career right now? Granted, she still gets more jobs than many women her age, but apart from the odd studio film here and there, she seems to be sticking mostly to films that are either low budget or shitty – or both.

In my opinion, it’s the excessive plastic surgery that has driven people off, but according to Nicole, it’s because she’s ‘chosen’ to put family above work. She claims that once she got married to Keith Urban and had kids with him, she no longer wanted to put her focus on her career, but rather her family.

In an interview with The Edit, she explained, “They say your art gets affected when you have a family, but I’d much rather have a family. Having experienced the greatest awards and accolades, the idea of being alone with that doesn’t work for me. It may for somebody else, but it’s not for me.”

Uh-huh. Sure. I’m sure this has nothing to do with the divorce rumors percolating about Nicole and Keith. I’m sure her lack of jobs has NOTHING to do with the fact that her face resembles a wax figure’s face. Yes, Nicole Kidman has experienced the ‘greatest awards and accolades’, and from seeing what that does to actors and actresses, I guarantee you that Nicole wants to win an Oscar again. She may not admit it, especially with the jobs she’s been taking lately, but she wants to became a critically acclaimed awards darling again.

Plus, her comments sound more like someone trying to convince herself – and her husband – of something that isn’t necessarily true. We know that she’s put her career over marriage in the past, but since the husband in question at the time was Tom Cruise, we can let that pass. After all, doesn’t Tommy do the same thing?

But in Keith’s case, it’s not like he’s sitting at home and spending all his time with her. He, too, is very busy with his career and with American Idol, so Nicole is the one having to make a sacrifice for her family. She claims she’d rather have family than work, but don’t you get the feeling that she’s at least a little bit resentful of that fact?