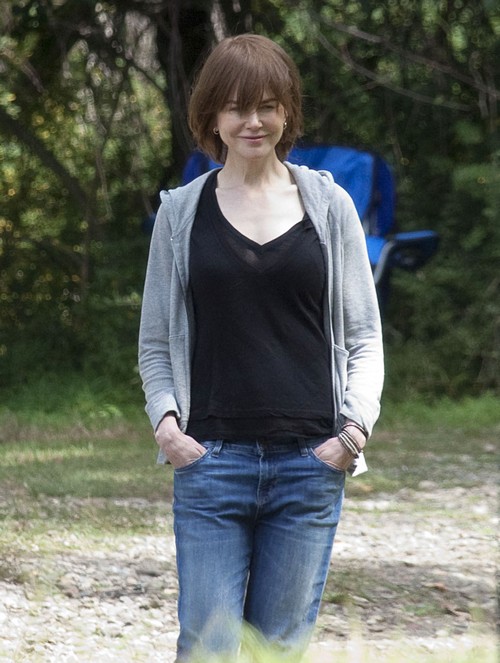 Nicole Kidman and Keith Urban haven’t always had the perfect marriage, and certain reports are suggesting that a divorce might be around the corner.

We all know that Nicole suffered a lot [especially in the media] after her first divorce from Tom Cruise. She more or less lost custody of her kids, she was crucified in the eyes of the public, and she turned all her energy to her work. Of course, this was also when Tom Cruise was an A-list star as opposed to the laughingstock he’s become, but the comparison still stands.

But then, Nicole ended up meeting Keith Urban, getting married to him, having kids, and then all the butterflies and rainbows started dancing in the sky. They lived happily ever after… except ever after didn’t last that long.

A new report from The National Enquirer claims that Nicole’s eight-year marriage to Keith has run into some trouble, largely because Keith has gone AWOL. He’s become an absentee husband thanks to his duties on American Idol and his commitment to his career, which has unfortunately come at the price of spending less time with his family.

Now, Nicole will undoubtedly use the excuse that she’s also sacrificed her career for her family, but have you seen her face lately? The only thing she’s fit to play anymore are frozen ice queens – and not-so-coincidentally, all her recent roles have fallen into that category.

But putting aside her career versus Keith’s career, friends of Nicole’s have been saying that Keith’s time away has taken a toll on their marriage. The Enquirer’s sources explain, “Nicole hates that she has to pack up the family from their home in Nashville and go to Los Angeles to see Keith during the ‘Idol’ season. This isn’t what she signed up for in this marriage.”

Yeah, and couples NEVER have homes in both Los Angeles and Nashville? It’s not like Nicole and Keith don’t have the money to travel back and forth, and while I can semi-understand not wanting to uproot their kids on a regular basis, it seems like there’s more to their problems than just distance.