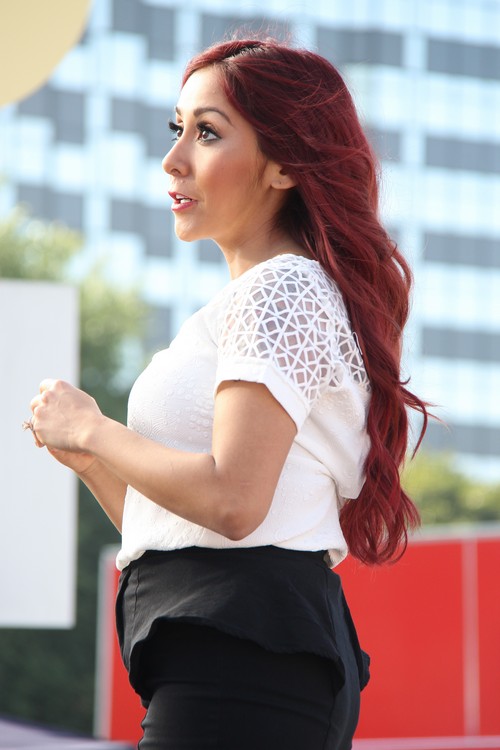 Pregnancy and having a baby nearly 18 months ago caused The Jersey Shore’s Nicole “Snooki” Polizzi’s life to do a complete 180. Gone was the drunken party girl that had daily wardrobe malfunctions with her teeny tiny leopard print dresses. Instead Snooki morphed into a homebody that dotes on fiance’ Jionni LaValle and their son Lorenzo. We watched her whip herself back into shape and has taken to the talk show circuit kind of promoting herself as a bit of a young lifestyle guru. Her message has basically been that if she can pull it together so can anyone else.

Just last week Snooki was talking about her wedding plans which include a huge gown for the ceremony and then a glitzy mermaid styled dress for the reception. She also said she wanted her next baby right after the wedding. It seems that she may not have been kidding about the timing because according to The New York Post Snooki is a few months pregnant with baby number two. She is supposedly keeping the news under wraps because she is still making appearances and doesn’t want to kill her business opportunities this early on.

I guess the biggest question here is whether or not Snooki and Jionni will tie the knot before this baby is born. Last time around she said that there was no way she would want to get married during a pregnancy. Do you think her thinking has changed now that we’re talking about a second baby? Tell us your thoughts in the comments below!

Snooki at an interview for the show EXTRA in Universal City, California on February 19, 2014