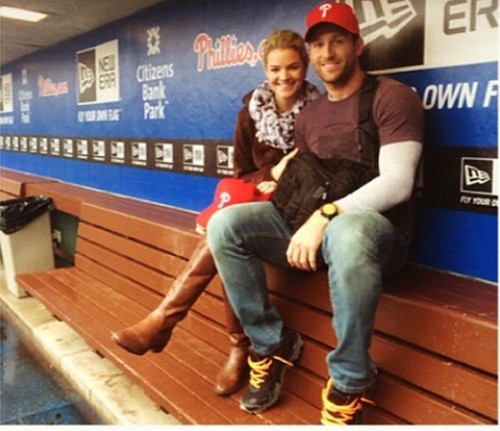 I almost have to feel sorry for poor Nikki Ferrell, the chick that Juan Pablo Galavis handed his final rose to on The Bachelor a few weeks ago. We all realize that this romance is as fake as an episode of the Kardashians, right? This clown has no emotional depth and he has made it very clear that he doesn’t love Nikki or even really care to be with her. It’s truly a showmance and he is playing things to the hilt, collecting some checks and will move on as soon as the well runs dry here.

Nikki probably knew that in the beginning. I mean Juan Pablo embarrassed her on live television and it became pretty obvious that this was a business relationship. But as the weeks have rolled on and the two have made appearances Nikki seems to have started to believe the lies told by Juan Pablo. According to the April 7th print edition of Life & Style magazine he has talked about babies and Nikki really is under the impression that they are going to have a child together sooner rather than later!

Sources close to the pediatric nurse say that she is so desperate to settle in and have a family that even a schmuck like Juan Pablo is starting to look good if he is really offering her a marriage and baby. The thing is, it’s not at all what he wants. While he is talking about settling down sources say that if Nikki were to get pregnant he would not be happy at all. Do you think that she will come to her senses and kick this clown to the curb or is she going to settle for Juan Pablo and convince herself that the fake reality might have grown into the real thing? Tell us your thoughts in the comments below!