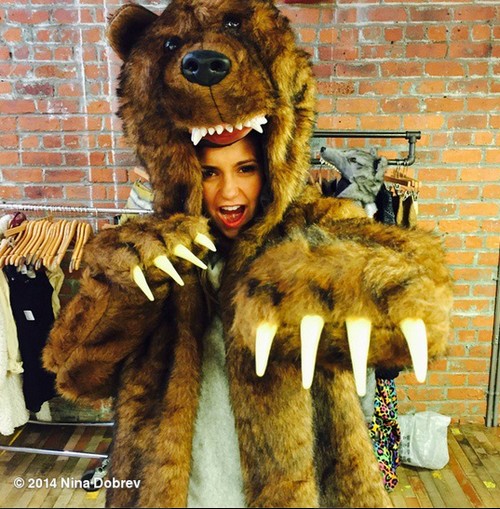 Let’s face it, rumors that Nina Dobrev is finished with Ian Somerhalder and even despises him are coming out, and and they make some sense. When Nina broke up with Ian she immediately got her glow back and proceeded to date every dude in sight – clearly the behavior of the dumper, not the dumped. Nina’s career is taking off while Ian’s is stagnant, not to mention how ridiculous Ian and Nikki Reed are together with their endless social media famewhore ‘aren’t we adorable’ show. Of course Nina despises Ian!

For any actor, staying on a TV show for six years will get grating. No matter how outwardly grateful they appear for the opportunity, they all want to have a long and varied career, and a television show always goes against their grand plans. There are some that suck it up, especially if they’re older and know their film options are limited. There are others that genuinely find the storytelling on television more fascinating, especially on cable. And then there are others that are stuck on a mediocre CW show about vampires, and are itching to get away. Elena and Damon are getting old and tired. Enter: Nina Dobrev.

Nina’s always been extremely gracious and proud of her work on The Vampire Diaries, as she should be. She’s definitely the best thing on that show, even six seasons in, and she’s one of the few that has the range to pull off difficult, emotional scenes. However, I think we’ve gotten to the point where we can admit that the show is doing her a disservice. I mean, it IS a CW show – an exceptionally well written CW show, but a CW show nonetheless. She’s not going to be winning Emmys for this role, you know? And so far, she’s only managed to launch a decent springboard into a film career, something that she’ll have much more time to do after she leaves The Vampire Diaries.

That brings us to our next point – Nina Dobrev’s impending departure from TVD. The awkwardness level on set has already reached Defcon 5, even though the writers have very thoughtfully [and probably intentionally] kept Nina separated from her ex-boyfriend and on-screen lover, Ian Somerhalder. But eventually, the fans all want to see their beloved Delena reunited, which means Ian and Nina will have to go back to doing love scenes and pretending as though they don’t have a history. From what we’re hearing, the two principal actors aren’t too pleased with their future on the show, and not JUST because of their inevitable love scenes.

Now, we’re already mid-way through the sixth season, and this is reportedly the last season the show’s principal actors are signed up for. I can see the CW ordering another season to wrap things up, but I’m pretty sure the show is slowly bowing out. And trust me, Nina Dobrev is just as excited about that prospect as any of the other actors, perhaps more so. She’ll finally be able to ditch Ian for good, and she can finally start concentrating on her film career – properly, without the distraction of shooting and promoting a TV show.