Nina Dobrev Waiting For Ian Somerhalder To Break Up With Nikki Reed – Vampire Diaries Elena Wants Her Damon Back! 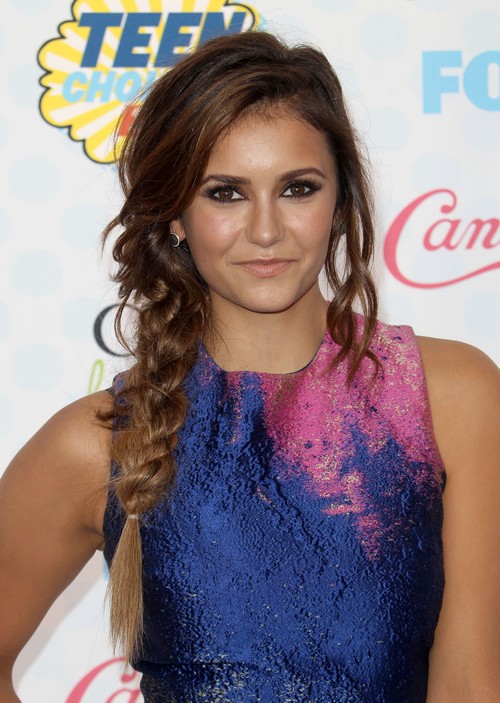 Nina Dobrev and Ian Somerhalder may have broken up a long time ago, but that doesn’t mean that Nina has to be happy about Ian dating Nikki Reed. In fact, sources tell us that Nina’s still in denial about Ian’s new relationship, and especially about the fact that Ian and Nikki have been moving very, very quickly – much quicker than Ian and Nina ever did.

Part of that has to do with age difference – Nina is much younger than Nikki, and so was always less interested in settling down, adopting pets together, and getting married. But now that Nina’s lost Ian to someone who is interested in all that, she clearly feels regret. She may think that she should have taken the opportunity to go further with Ian when she had the chance, but now it’s too late. She’s not going to get that opportunity back, and she’ll just have to make do with standing by and hoping that Ian and Nikki break up.

What are the chances of that happening? According to our sources, minuscule. Apparently, Nikki and Ian are really, really, really into each other. So while Nina may be hoping and expecting that they’ll break up, I say it’s much more likely that they get engaged and married within the next year. And even though Nina will have her flings to console her, she’ll have to live with the knowledge that she’s the one who drove Ian away. She’s the one who scampered when things got too serious for her, and now she’ll just have to deal with seeing Ian and Nikki on set every day while filming The Vampire Diaries. Yes, there’s always that chance that Nina and Ian do get back together in the future – but if we’re being realistic, that chance is slim to none.