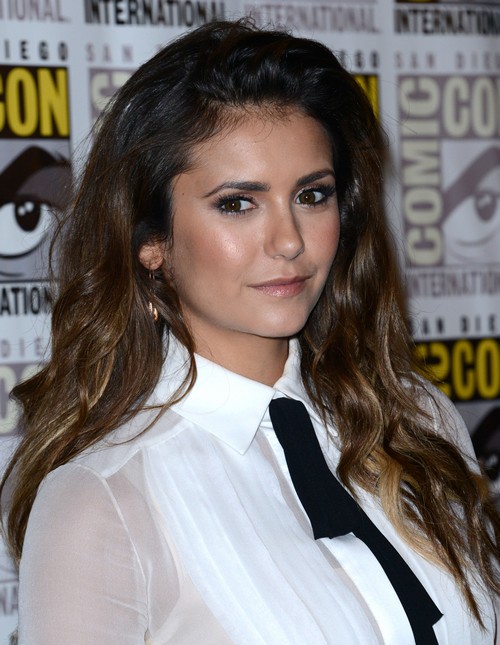 Things must have been pretty tense for awhile in San Diego this afternoon. When The Vampire Diaries took the stage at Comic Con both Nina Dobrev and Ian Somerhalder were there. In case you somehow have missed all of the drama, Ian and Nina dated for a couple of years before splitting up about 18 months ago. When they were together the couple would double date with Nikki Reed and her then husband. If you fast forward up to right now both couples have split and it seems that Ian and Nikki are totally in love and awfully close. If you saw the photos of them from last weekend then you know what I mean.

Up until now we always thought that there was a chance that Ian and Nina were still together, just being all kinds of hush hush with it. Instead he seems to be banging a former close friend. This is the first time that Ian and Nina had to show up together for a work appearance ever since the news about his love life broke and you know as well as I did that it had to be awkward.

Both Ian and Nina apparently got through the afternoon as gracefully as possible and The Vampire Diaries cast was a hit with the audience. Do you think that seeing Ian today was harder than it has been for Nina in recent months or has she finally really decided that she doesn’t need to waste a minute more on him? Do you think that Nina was betrayed by Nikki? Should Ian have been off limits because of girl code or does it not matter after the year that had already past since Nina and Ian had split? Tell us your thoughts in the comments below!