Nina Dobrev and Ian Somerhalder Split: Vampire Diaries Couple Done For Good As Ian Moves On To His Movie Career 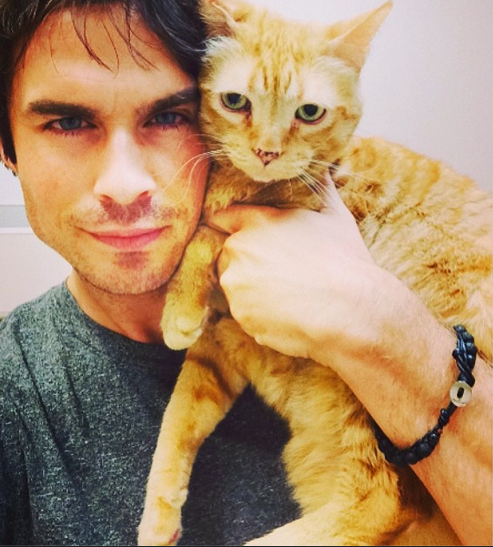 Nina Dobrev and Ian Somerhalder remain star-crossed lovers in the eyes of their fans, but the truth is quite different than the idealized relationship that the Vampire Diaries co-stars once portrayed. Nina and Ian met a few years ago on the set of the TV show, and they began dating soon after, with Ian even dumping his girlfriend at the time.

They dated until the pressure became too much, and Nina got sick of being asked to settle down and have babies. Obviously, their age difference ended up becoming a factor in their split, with Nina wanting to have fun and Ian wanting to start a family. Since then, there have been numerous rumors about the current state of their relationship, even though both Nina and Ian have tried very hard not to express any of their feelings in public.

Even then, we’ve heard plenty of inklings about their possible reconciliation over the past few months. We’ve heard that Ian is furious about Nina’s continuous stream of flings with other dudes, and we’ve heard that Nina refuses to get back together with Ian because they want different things.

In the end, our sources tell us that those reasons are not the cause for tearing them apart – Ian’s movie career is. Apparently, Ian was the one who broke off the relationship, and all because he wanted to be free to pursue a film career. He supposedly thought that dating Nina was holding him back from doing so, and thus, he broke up with her when he had the chance. And as soon as he did, he landed several film roles, so I’m sure he feels vindicated on some level.

We can always speculate about whether this split will last, but the ugly truth of Hollywood is that male stars almost always get more publicity when they’re single – Ian included.