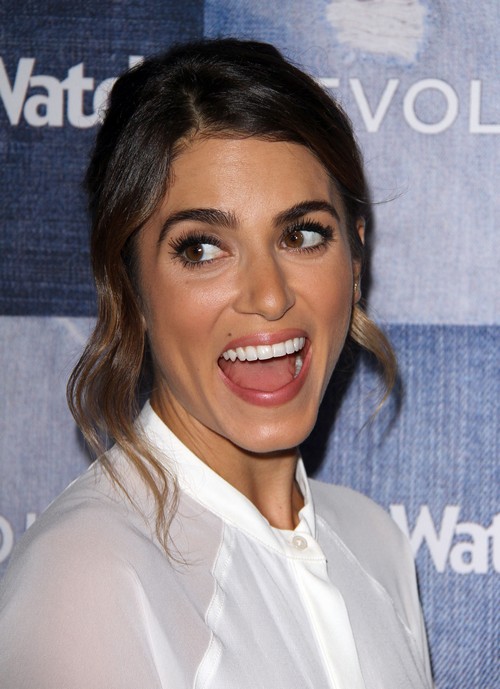 At this point Nina Dobrev simply ignores Ian Somerhalder on The Vampire Diaires set. One can’t blame Nina Dobrev for the on-set tension on The Vampire Diaries. Yes, that tension is mostly attributed to her difficult relationship with ex-boyfriend Ian Somerhalder, but she’s not the one who’s been bringing around her flings and boyfriends to throw in his face. No, that would be Ian.

The simple fact of the matter is that Ian Somerhalder is constantly throwing his relationship with Nikki Reed in everyone’s faces, including Nina’s. The PDA, the flaunting, the paparazzi-accompanied dates. I mean, who does he think he’s kidding? We get it, Ian. You’re in luuurveee. But it’s just bad form to show off your new girlfriend to your ex-girlfriend, no matter how in ‘love’ you are.

Now, we’ve heard plenty about how Nina’s getting sick of Ian’s non-stop flirtation with Nikki on set, and we’ve even heard that she’s a few makeout sessions away from quitting the show. But since Vampire Diaries is probably the show’s final season, I doubt anyone’s quitting. So what can Nina Dobrev do to get herself through this difficult time? Why, find another fling, of course!

There was a point earlier this year where Nina was being linked to every eligible bachelor in Hollywood, even though her reps at the time denied any new relationship. But who said anything about a relationship? All she has to do is find a new fling, both to take her mind off Ian and to also get back at him for playing tonsil hockey with Nikki in front of her. It’s not like she doesn’t deserve a little revenge, even if she plays it off as something more genial.