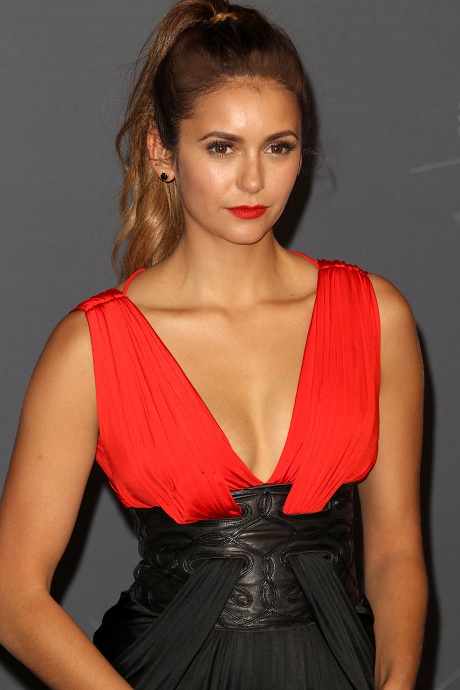 Is Ian Somerhalder’s PDA relationship with Nikki Reed on-set driving Nina Dobrev to quit The Vampire Diaries? Ian Somerhalder and Nina Dobrev continue to dominate the gossip surrounding the Vampire Diaries, even as we lead into the rumored final season 6. To put it simply, things haven’t been going too well since Ian started bringing his new beau, Nikki Reed, onto set. He can’t seem to resist showing off the fact that he has a new girlfriend, something which hasn’t gone over well with his ex-girlfriend and co-lead, Nina Dobrev.

Is it bad form to be rubbing his new relationship into his ex’s face? You could say yes, but at the same time, Nina was being linked to every other dude under the sun at one point, and I’d say that probably rubbed Ian the wrong way as well.

Regardless of their motivations for their various hookups, one thing we’ve been hearing over and over again is that Nina is OVER it. So over it, she doesn’t even care if this season is the last season. In other words, say good-bye to Elena ya’ll. She’s either going to die, leave due to some contrived and ridiculous reason, or the show’s just going to wrap things up.

To be honest, Season 6 being the show’s end game makes complete sense. For one thing, most of the actors are clearly itching to go try something new, and for another, the on-set tension between Ian and Nina has reached Defcon 5. There’s a reason that Elena and Damon have been kept relatively separate this season as opposed to the last, and that’s because the writers know better than to put that combustible relationship to the test. Nina’s already seething about Ian’s constant PDA with Nikki, so imagine if she had to act opposite him in a romantic capacity on a regular basis? She’d quit faster than you could say ‘Delena’.