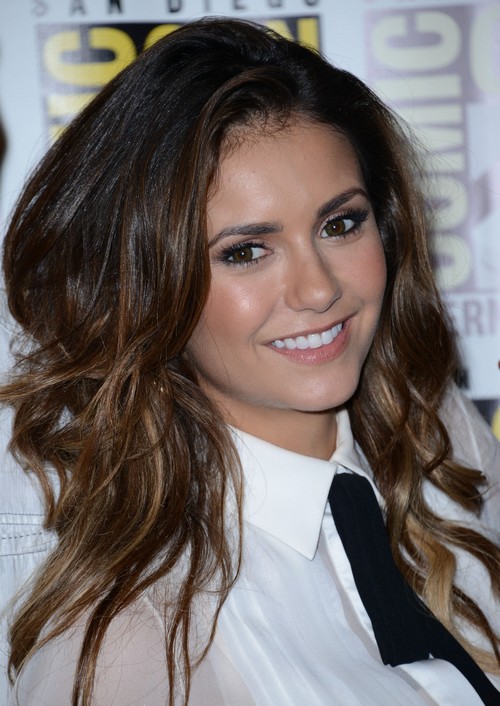 Ah, it looks like Nina Dobrev is at it again and by it, I mean she is trying to make her ex boyfriend, Ian Somerhalder jealous. The last week has revealed an awful lot about the personal lives of Nina and Ian. While the media has spent months speculating on their status in spite of Nina being photographed with a multitude of available men, Ian made their status perfectly clear last weekend when he was photographed looking quite cozy with Nikki Reed. These women are former friends and Ian isn’t one to go public with a woman until things have progressed a bit so their romance isn’t brand spanking new.

While his approach is to keep things private Nina has done just the opposite. She and her bikini have turned up with the likes of James Marsden but I never get the impression that these photographs are accidental. Nina is a little too eager to show off the man she is with in spite of the fact that she will likely never be spotted with him again. Girlfriend is feeling a little too desperate for attention and I don’t think it’s really ours that she is after.

Sources say that Nina wants Ian to see her with other men in the hopes that he will want her back. You know, make him a little jealous and he’ll rethink his actions? At least that was the plan until Ian lowered the boom by flaunting his blooming whatever with Nikki. Everyone wondered how Nina would react and yesterday at Comic Con she held up very well during the Vampire Diaries panel. However she’s not one to let an old habit die hard and so it’s hardly shocking to see photos of Nina and Orlando Bloom pop up on the Internet this morning.

You have to take a good look at the body language though folks. This is a photo op for Nina that she loves. She wants us to speculate on a hook up between her and Orlando- maybe THAT will make Ian jealous. But look at Orlando, he’s not really feeling it. His body language says he can’t wait to escape while Nina is draped on him as if she’s modeling for The Price Is Right with Orlando being the prize up for grabs!

What are your thoughts on Nina’s behavior this weekend? Is she looking extra thirsty now that Ian has clearly moved on? Tell us your thoughts in the comments below!