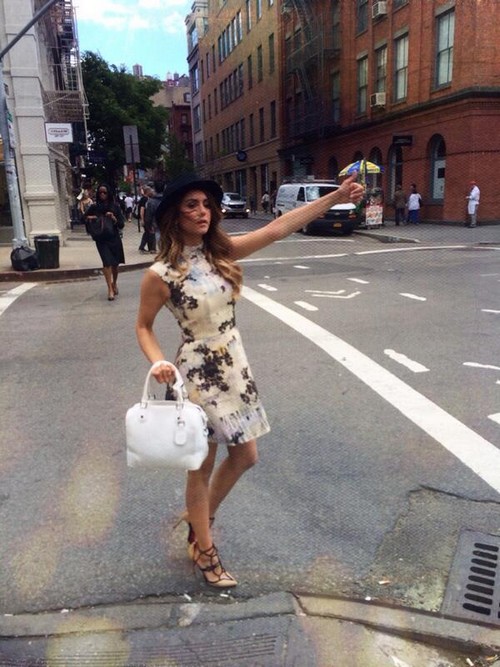 Nina Dobrev has been seen with a new mystery man and we are asking if it could be The Vampire Diaries star’s new boyfriend. You know how Ian Somerhalder’s love life has been the media focus for the past few months? In fact, ever since Ian began dating Nikki Reed, it seems like the media can’t get enough of them. Of course, a large part of that has to do with Ian’s non-stop famewhoring, especially in regards to his PDA with Nikki. But even then, there hasn’t been any mention of Nina Dobrev’s love life, apart from where it intersects with Ian’s. Many Vampire Diaries fans are still holding out hope for a Nina Dobrev/Ian Somerhalder reunion, but would Nina even be interested?

We’re hearing from several sources that such a reunion is unlikely to happen, and not just because Ian is in a steady relationship. Apparently, Nina might also have a boyfriend, even though she’s been keeping him on the down low for a while. Now, we can’t say whether this is a legitimate ‘boyfriend’, a fling, a hookup, or just some random dude that our sources saw her with.

Whatever the realtionship is and whoever it is with, Nina’s keeping this quiet. There has been no mention of a boyfriend for a long time, ever since Nina broke up with Derek Hough last year. Sure, she’s been spotted on several rebound hookups with a series of Hollywood’s hottest bachelors, most notably Liam Hemsworth. But according to her reps and everyone close to her, Nina Dobrev’s new boyfriend is a mystery.

What do you guys think? Will Nina go public with her boyfriend anytime soon, if the mystery man is her boyfriend? And will this cause even more tension on the set of The Vampire Diaries with Ian Somerhalder, where the level of awkward is already at Defcon 1? Let us know your thoughts in the comments below.