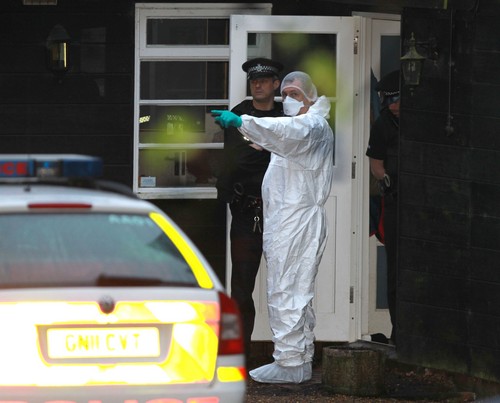 Singer Bob Geldof’s 25 year old daughter, Peaches Geldof, was found dead in Wrotham, England this afternoon. As of right now the socialite and mother of two’s death is still under investigation. Police told FOX News that, “At this stage, the death is being treated as an unexplained and sudden death. Officers are working to establish the circumstances around the death.”

Peaches Geldof grew up in the public eye, and has a colorful and troubled past. The 25 year old’s mother Paula Yates died of a drug over-dose when Peaches was just 11 years old. Peaches started writing for numerous British magazines, including Elle, when she was just 14 years old. In 2008 and in 2011 Peaches started in reality TV shows following her strange life, she also modeled for several different companies. In 2012 Peaches married S.C.U.M lead singer Thomas Cohen and the couple had two sons Astala and Phaedra.

Although there is no official news yet on the case of Peaches Geldof’s death, general consensus is that the young mother most likely overdosed on heroine. Peaches’ rock-star lifestyle caught up with her on more than one occasion, including a nude photo scandal in 2010. A man came forward claiming that he had spent all night doing heroine with Geldof, and had pictures to prove it. In 2012 in an interview with The Telegraph, Peaches openly admitted to drinking heavily and doing drugs to “numb her pain,” while coping with the death of her mother when she was a teen. There is a chance the 25 year old died today from natural causes, but it is a very small chance.