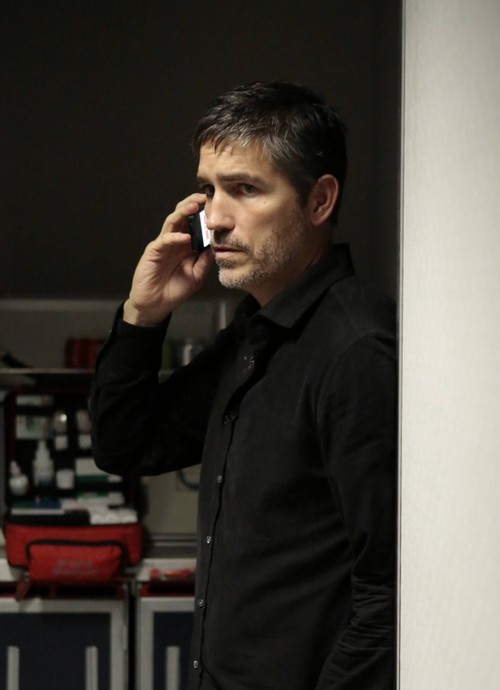 PERSON OF INTEREST returns tonight on CBS with a whole new episode called, “4C.”  On tonight’s show Reese is angered when he realized his travel plans have been manipulated.  Did you watch the last episode?  We did and we recapped it right here for you!

On last week’s episode multiple enemies converged on the POI team as they protected a dying man with a connection to Finch’s past whose number had come up. They struggled to keep their enemies at bay without Reese, who left the team and their mission behind following the tragic war with HR. However, being down one man had catastrophic repercussions for the team.

On tonight’s episode Reese boards an international flight in an attempt to put the team and the past behind him, but is angered when he realizes his travel plans have been manipulated.

Tonight’s Person of Interest Season 3 Episode 13 is going to be exciting, and you won’t want to miss it. So be sure to tune in for our live coverage of the new episode of Person of Interest — tonight at 9PM EST! While you wait for our recap, hit the comments and let us know how excited you are about the show. Don’t forget to come back at 9PM for our LIVE recap!

Reese can’t wait to escape his past even if it means physically. He booked himself a ticket to Istanbul. Regrettably the flight proves to be nothing but as series of problems waiting to turn into a headache. His original flight was overbooked and he had to get on another. Then while on the plane, he gave up his seat so that two newlyweds may sit together and that left him seating next to an obnoxious jerk. Reese was forced to punch the man just to get him to shut up. And the final straw was when he noticed an unconscious US Marshall.

He had to call Finch and tell him to knock it off. He thought his former boss had set him up to work out a new number. However Finch had no idea what he was talking about. For one, Finch didn’t know that Reese was leaving the country. Yet it’s safe to assume the machine is once again acting on its own. Reese tells Finch he doesn’t want the case. Despite finding the body, Reese wants to pass the body on to someone else’s shoulders. He told the other Marshall about his partner, but wasn’t believed.

Reese was giving up and returning to his seat when the last remaining Marshall was incapacitated. He turns back in time to take down the hit-man. The man the Marshalls were protecting is Owen Matthews. He at first claimed to be a nobody. Owen told Reese that he was only a programmer set to testify as a major witness. He stopped downplaying his position once Reese “pressured” him. Reese had gotten word seconds before from Finch that Owen was more than he seemed. No, Owen is a relevant number. So much so that Finch had sent Shaw in to see The Activity. He wouldn’t have set her in to see those people, which are still trying to kill her, unless it was important. Reese was upset that Finch had chosen to sit on that information rather than share. To him it’s one more thing Finch willing withholds.

Owen as it runs out was the one to build the Black Market Bazaar. It helps cut out the middle man when performing illegal transactions. Like ebay for narcotics. And as an added bonus, Owen happens to be one of the few to have met the Sphinx. Reese knows that many people would want Owen dead including the Sphinx and the hard part now is figuring out who made it on the flight to accomplish just that.

There was a Columbian working on behalf of the cartel. Then it was the “newlyweds” otherwise known as Israeli operatives. Luckily Reese has back up on the flight. The ever helpful stewardess, Holly, is there to lend Reese a hand. She figured out he wasn’t an International Homeland Security agent (as he claimed) and still wants to help Reese protect Owen. She was really starting to hate her job when Reese came along and told her she was doing great at it so far.

Reese had to move Owen to safer part of the plane. Having him out in the open seemed like a good idea in the beginning, but there was too many killers coming out of the woodwork. Merely being a programmer doesn’t make sense. Owen confessed to building the bazaar and yet there must be more. A programmer wouldn’t be relevant. Reese corners Owen to into telling him the rest of the truth. Owen did more than build the market. It was his idea and he ran it with full knowledge of where the money was going. Owen is the Sphinx.

And the Sphinx made sure to pay his taxes. Shaw had found and drugged Hirsh to get him to talk. It seems ISA was onto Owen picked taking a bribe over arresting him. Although now that he’s testifying, ISA can’t allow him to tell the truth about them

Reese had hidden Owen in the cargo compartment when an ISA agent attacked them. They were able to disarm him, but as it turns out there was one more person they should have been worried about. The Columbians had sent two men to kill Owen instead of the one that Reese had taken care of. The other hit man was masquerading as a steward. Reese was able to make the connection once he remembered how much Holly kept complaining about Carlos. She said it was as if Carlos didn’t know what he was doing.

She was right! Carlos didn’t know a thing about being a stewardess, but he did know how to take down a plane. The cartel that hired him is capable of anything as long as it removes a witness and/or threat to their organization. Reese had to break into the cockpit just to reach Carlos. Carlos had either shot or punched his way into there and was driving the plane into the ground.

Reese broke into the cockpit and began fighting off Carlos which inadvertently left the plane unmanned. Thankfully, Finch was able to take control of the plane via his computer. With them working together, like in the old days, they safely landed the flight and kept the majority of the innocents alive and well.

Later on, Reese chose to give Owen a new life rather than have him face the mistakes from his old one. He didn’t turn him over to Marshalls. He had gotten Finch to create a whole new identity for Owen without strings. Owen was surprised when Reese turned down his money. He said Reese almost said no like it was his job which would be insane. A quick thanks and they were able to part way without further incident.

Finch was in town when Reese finished having drinks with Holly. Finch wasn’t expecting anything though. He was simply stopping by to give Owen his new identity and possibly check out some exhibits along the way. Finch asked Reese if he wanted to see an exhibit with and got a refusal. Reese said he’ll be too busy getting fitted for a new suit.

As a favor, Reese asked to hitch a ride back to the states and Finch agreed with his small smirk. It wasn’t much, but that’s how they chose to say welcome back to the team and thank you for that much needed break!

Reese is a POI agent again.