Phaedra Parks and Apollo Nida Split: Kicks Convict to the Curb and Begs Bravo for Another Season of RHOA 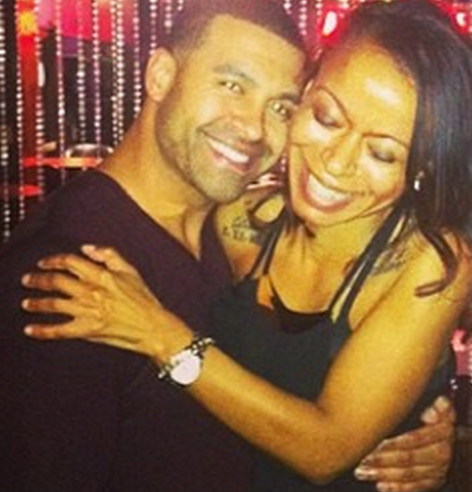 Are we still buying the whole southern belle routine that The Real Housewives of Atlanta’s Phaedra Parks likes to peddle? Yeah, I don’t think so. I still say she is the mastermind behind the identity theft scheme that has left her husband, Apollo Nida under federal indictment. After he was arrested back in January Phaedra at first seemed to be standing by her man but within a few weeks Apollo was spotted out at a club with an armful of chicks- hardly carrying himself like a happily married man.

By all accounts Phaedra is one for appearances and what we see is rarely the reality so you better believe she bounced Apollo to the curb as fast as possible. Girlfriend needs to put distance between herself and those charges because I’m pretty sure after an interview or two the authorities realized Apollo isn’t the sharpest crayon in the box. Phaedra has to appear to be against his behavior because doing anything else will bring them sniffing around her- if they aren’t already doing that.

One clear sign that her marriage is on ice is the fact that Phaedra told Bravo producers that she absolutely is ready to sign on for another season of RHOA. It would be pretty tough to maintain her pristine image if she had to film with Apollo. Instead it’s much more likely that Phaedra wants to separate herself from him in the public realm by now being seen as a single mom of two young boys. Gotta hand it to her, she’s trying to do everything imaginable to quickly build up a life that doesn’t include Apollo, but will it work? Does anyone believe that she is innocent and was never involved with Apollo’s schemes? Tell us your thoughts in the comments below!