Pippa Middleton Delusional About Her Fame – Thinks She Actually Possesses Skills, But She Mooches Off Royals! (PHOTOS) 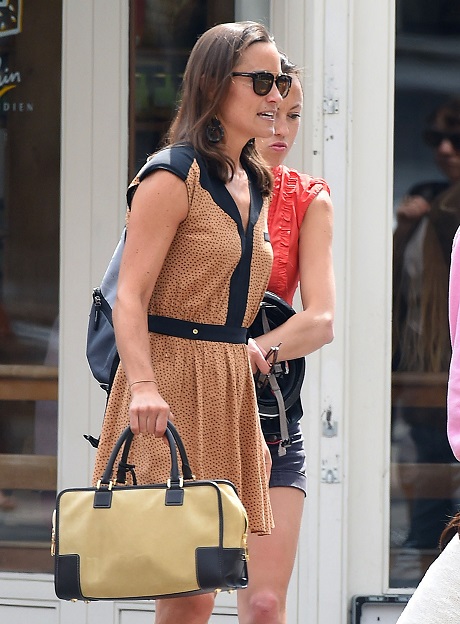 Pippa Middleton continues to pretend as though she’s famous for saving the world or ending hunger, when really, she’s just famous for being Kate Middleton‘s sister. There are thousands of women in the world with asses like Pippa, and yet, they don’t get nearly the same press coverage. There are also thousands of woman more qualified than Pippa to write for The Telegraph or Vanity Fair, and yet, Pippa’s the one that gets to do it. There are thousands of people who are more qualified than Pippa to release a cookbook, and Pippa’s the one that got the book deal. We could go on and on, but you get the gist of what we’re saying.

The Daily Beast has a great new column on why Pippa continues to stay delusional about her place in the celebrity hierarchy. The biggest story to come out of her interview with Today Show‘s Matt Lauer is that she felt bullied by the media following the royal wedding. She claims that it was difficult to live her life like ‘any other 30-year-old’, except wait, HER LIFE IS NOT LIKE EVERY OTHER 30-YEAR-OLD’S!

Good grief, she has a big head on her shoulders. Is she seriously going to complain about making a career for herself when she has the might of the royal family behind her? Literally, every single job she got was not because of her merits, but because of her sister. I’m sure other 30-year-olds would love to be in her position, and not have to worry about car payments, mortgages, living expenses, and every other mundane issue that normal people have to live with. And here Pippa is, whining about how the media bullies her. She even has the audacity to say that it’s been ‘difficult‘ dealing with the media.

If Pippa really wants the media to stop ‘bullying’ her, then maybe she should take a break from the spotlight and go get a job that she’s actually qualified for. I’m sure nobody would begrudge her that much, but there’s no way that she’ll do it. She may complain and whine about it [in a national interview, no less – the irony keeps on striking], but she isn’t going to leave her cushy jobs and connections to go live like every other 30-year-old. I guarantee it.