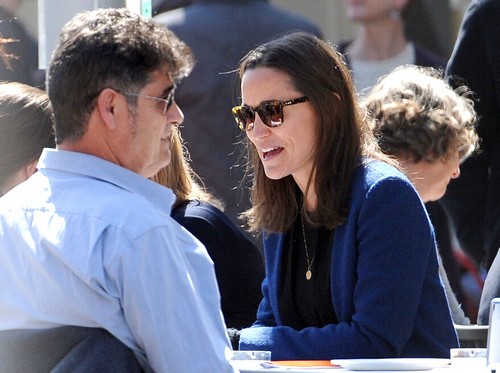 Hey guess what? Pippa Middleton just lost another writing gig! The Daily Telegraph decided to ax her bi-weekly column after only six months because it totally sucked. I mean, who wants to read about flipping pancakes, aqua spinning classes or better yet- chuckling? Seriously, these were just a few of her topics that were so badly chosen that the Telegraph didn’t dare to open up a comments section.

This is the second writing gig that Pippa has lost in the last few months. If you remember just last year she put out a party planning book called Celebrate that sold a modest 18,000 copies. It was so poorly received by those that actually read it that Viking Press opted not to do a second book almost immediately. What is more shocking than her losing jobs is the fact that she still freelances for Vanity Fair! I’m pretty sure they will come to their senses soon and follow the Telegraph’s lead.

Obviously these opportunities were made possible because of Pippa’s connection to the royal family. The next best thing to having Kate Middleton working for you is hiring Pippa, right? The problem is that girlfriend’s ideas of what will resonate with readers’ is more off the mark than Gywneth Paltrow’s! Her connections got her in the door but in order to keep the writing job Pippa had to have real talent and an audience willing to interact. Unfortunately her lack of talent made the Telegraph fear what audience interaction would look like!

Pippa Middleton has an al fresco lunch with a friend in West London, England on April 16, 2014