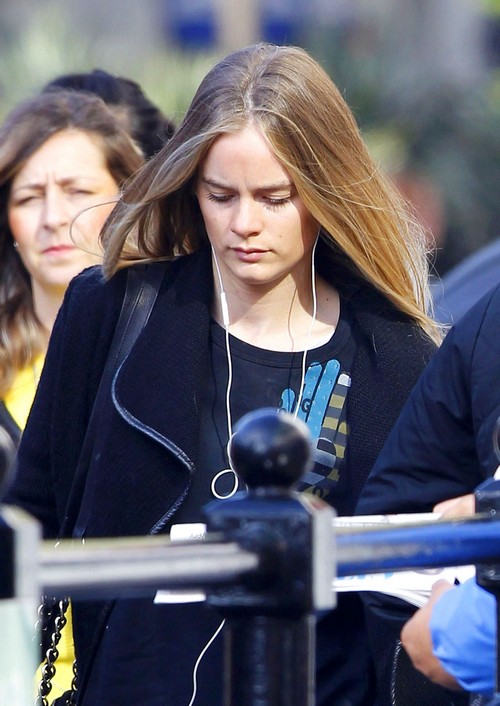 Is Pippa Middleton about to steal the spotlight from Cressida Bonas? She has plenty of experience with that, considering the press obsession with her during Kate Middleton‘s wedding to Prince William. And it wouldn’t be surprising to see a repeat incident, especially since Pippa has no personal obligations to Cressida or Prince Harry.

Even though it’s been rumored that Cressida and Harry are right on the verge of getting officially engaged, reports are now stating that it’s likely that Pippa will beat Cressida to an engagement. A source tells Glamour, “Pippa and Nico [Jackson] have definitely talked about marriage. I can almost guarantee we’ll see a ring on her finger before we see one on Cressida Bonas.”

However, the sources also add that Pippa’s been ordered to maintain a low profile for now, especially because Prince William, Prince George, and Kate Middleton are in the midst of their Australia and New Zealand tour. The sources explain, “Pippa’s been very intentional about keeping a low profile at the request of the royal family.” Can’t have Pippa stealing the attention from them, can we? Maybe this will explain why she’s been so uncharacteristically quiet on the social scene for these past few months.

However, as soon as the royals are back from their tour, expect to hear about Pippa’s engagement. Forget the fact that Harry and Cressida were planning to announce their engagement in the next few months – if Pippa gets her way, she’s going to beat them to it, attempting to steal Cressida’s thunder in the process. But will it work? Do people care about Pippa anymore, especially if Harry’s involved?