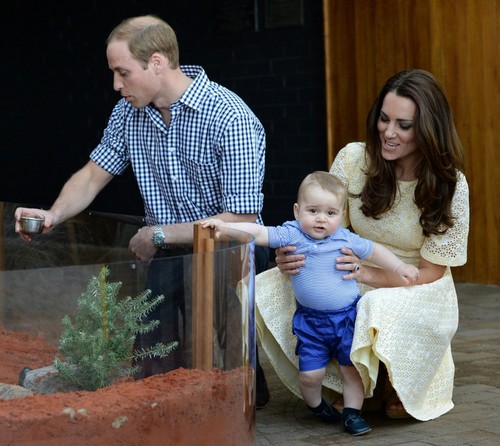 As we’ve been saying for many months now, Prince William is all set to move to Anmer Hall, along with a possibly pregnant Kate Middleton, Prince George, and [possibly] his unborn child – which according to rumors is a baby girl. Of course when Jessica Hay leaked the pregnancy news to an Australian publication there was no mention of the gender of royal couples second child. Of course we can’t call Jessica Hay’s story exactly firm confirmation that Kate Middleton is pregnant, can we?

Prince William has taken a job as a air ambulance helicopter pilot with the East Anglian Air Ambulance, which is very close to Anmer Hall. The Daily Mail and Niraj Tanna [the Middletons’ news reporter] have both confirmed the news, with Tanna throwing some shade towards Kate Middleton and Prince William on his Twitter.

He points out that all the money and time spent renovating their Kensington Palace has now gone to waste. Of course Tanna is wrong. Kate and Will are not moving to Anmer Hall permanently nor will Kensington go unused. Prince William needs a place in London and will probably keep that apartment as back-up. I have a feeling that he and Kate have been planning this Anmer move for a long time. Plus, Will seems more comfortable holding down an army job than he does schmoozing with the upper echelon of high society in London.

There had to be a reason that Kate and Will were spending so much money on renovations for Anmer Hall, and now we know why. This way, Kate gets to carry out her pregnancy in private, and George gets to spend some time away from the fawning press and media. They’ll be able to play out in the open fields on Sandringham estate without any press snooping on them, and Kate can go topless and even bottomless as many times as she wants.

Plus, they won’t have any unwanted visitors dropping in on them, cough Camilla Parker-Bowles, cough. Overall, the royal couple moving to Anmer Hall for Kate’s second pregnancy makes much more sense than them staying in London. Both of them have expressed their desire for privacy, and I’m sure that Will is doing everything in his power to make sure that a pregnant Kate doesn’t become a target for the media like his late mother, Princess Diana.

With Kate’s second pregnancy coming up, the media is bound to start obsessing over small detail concerning Kate’s weight and appearance. So Will did the duck and roll, and now they’re going to Anmer.