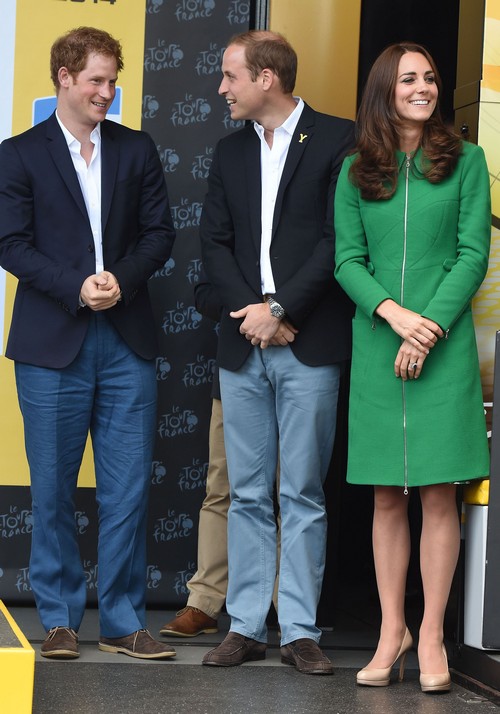 When Kate Middleton first moved into Kensington Palace last fall she believed it was a wise move. Bringing her new son Prince George closer to the royal family seemed like a great idea but unfortunately Kate quickly realized that it was a huge mistake. While The Duchess of Cambridge and Prince William have occupied a spacious apartment at Kensington they have actually shared the palace with at least 7 other family members and it has been more than a little too close for comfort. According to the July 14th print edition of Life & Style Magazine Queen Elizabeth purposely likes to move the royal family members into her properties. She then kind of views them as her own dollhouses, where she can control the people inside.

Sources say that while Kate understands that her wardrobe malfunctions have caused some real problems she hates having The Queen constantly trying to dictate how she should parent Prince George. Even worse, Kate is under pressure to get pregnant for the second time and produce a spare to the heir. This has led to countless rumors and plenty of second son baby bump spotting such as at last week’s Tour de France photo shoot.

Kate feels that Elizabeth keeps stepping on her toes and the clashes are intensifying. Her solution is to relocate the family to a new home base in the country. Kate and William own a country home at Anmer Hall and after renovations are complete and Kate’s pregnancy confirmed they will be setting up permanent residence there.

Apparently William agrees with his wife because he’s not exactly resisting her plan to move the family. It probably is the wisest move, especially since Kate and Elizabeth are the two most important women in his life. Rather than dealing with constant clashing a little bit of space will do wonders for everyone. Are you surprised that Kate decided to move out from beneath Elizabeth’s thumb? Tell us your