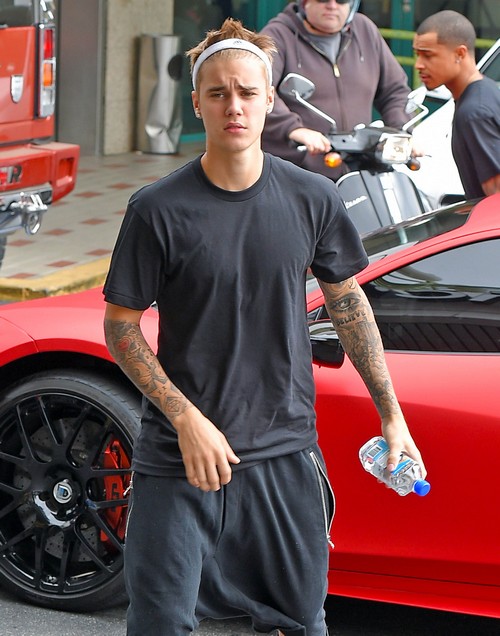 Rumors that Selena Gomez is pregnant and afraid to be around Justin Bieber because he is violent and training to be a cage fighter are pretty extreme, but then again we are talking about Selena and the Biebs here…. Justin Bieber has a new hobby, and it’s not singing! When was the last time he put out new music anyway? According to new reports, when Justin isn’t cheating on Selena Gomez, drag-racing, and smoking up private jets – he is training to be a cage fighter! No, that’s not a typo. And, he probably won’t have any problem finding a fight, people are going to set up camp and wait in line for days for their turn to knock out the pop sensation.

According to the November 10th edition of Star Magazine, “The spaghetti armed pop star [Bieber] is ready to formally reinvent himself as a cage fighter! He’s taking private lessons and wants to turn professional.” Star’s insider goes on to explain that Justin’s dad Jeremy turned him on to martial arts, and he has no interest in making any more music. The magazine’s source adds, “They’re trying to get him back in the studio but he’s obsessed with fighting.”

Rumors are swirling once again that Justin’s on-again, off-again girlfriend Selena Gomez is pregnant with his baby and keeping her distance from her unpredictable and potentially-dangerous baby daddy. Justin always had a violent streak in him, and now that he has had professional training to hone his fighting skills – the last thing Selena needs is for a heated argument between her and the aspiring cage fighter.

So, what do you think of Justin Bieber’s career change? Will you follow him in the cage-fighting circuit? Will he give up his new hobby after he learns his body-guards can’t run in and save him? Should Selena Gomez be concerned for her and her maybe-baby’s safety? Let us know what you think in the comments below!