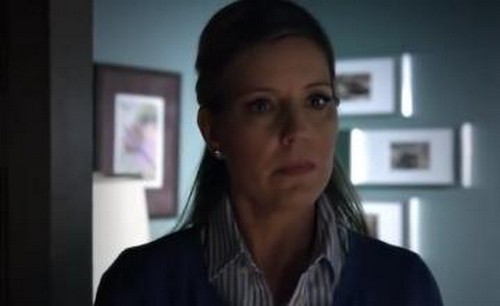 Pretty Little Liars Season 5 Episode 3 “Surfing The Aftershocks” is set to air on ABC Family on Tuesday, June 24th. They sure know how to throw a fashionable funeral in Rosewood, and a Pretty Little Liars spoiler video released by ABC Family shows the liars and Alison decked out in their finest black dresses, most likely to lay Mrs. DiLaurntis to rest. The PLL spoiler video also shows the liars asking the question fans have been asking all week, “Who killed Mrs. DiLaurentis.”

Pretty Little Liars spoilers for Episode 3 “Surfing The Aftershocks” tease a huge twist at the end that no one saw coming. Could it be possible that they are revealing Jessica DiLaurentis’s murderer this soon? Or is it just a red herring, which the PLL writers have grown infamous for?

The list of suspects in Rosewood is really endless. We can rule out Alison, the liars, and Ezra Fitz because they were in New York City when someone was burying Mrs. DiLaurentis in her back yard. The real question is, who had the most to gain by killing Alison’s mom? Was it someone that was protecting Alison, and scared that her Mom would hurt her when she returned to Rosewood? Or was it the person that hit Alison over the head with a rock and thought they had killed her, and Mrs. DiLaurentis covered for them and buried her own daughter’s body? We put together a list of possible suspects that we think may have killed Mrs. DiLaurentis.

It was recently revealed that CeCe Drake was supposedly working with Alison DiLaurentis when she was in hiding and helping Alison and the liars. But, there is a lot that doesn’t make sense. Mrs. DiLaurentis hated CeCe Drake, and didn’t like her handing out with Alison, but for some reason she helped CeCe and in Season 4 we seen CeCe wearing clothes that Mrs. DiLaurentis had bought and ran out to the woods to give to her. Is it possible that CeCe is actually as evil and conniving as we always thought she was? Maybe for some reason Mrs. DiLaurentis helped her when she was on the run, maybe she helped her cover up Alison’s death too? Or, perhaps CeCe killed Mrs DiLaurentis because she was protecting Alison and knew that Alison’s Mom had buried her and left her for dead the night she disappeared? CeCe seemed in a huge hurry to get out of town when Alison gave her the Vivian Darkbloom passport, it could have been because she had just killed Alison’s Mom and wanted to get out of Rosewood before her body was discovered. Regardless of all of the potential motives, the bottom line is CeCe Drake is still a very sketchy character and is capable of murder.

Something is seriously off with Jason DiLaurentis since Season 5 began. The liars recently learned that he was in New York City when they were, and they believe he may be responsible for Mrs. DiLaurentis’s death. If he was in NYC and watching them, then he obviously learned Alison was alive. A popular Pretty Little Liars theory is that Jason is the one that hit Alison over the head with a rock, and that was the only reason their Mom would have covered up Alison’s death. Her daughter was gone, she didn’t want to lose her son as well. So, if Alison is alive, and the only person that knows who hit her over the head is her mother, then that could be a reason to kill her.

Melissa Hastings has always been suspicious and seems to have more secrets than Alison and all of the liars combined. She burst in to Rosewood and revealed a disturbing secret to her father (which we still don’t know what it was) and then lied and said that Toby told her Spencer was missing so she raced home. According to Toby, he never seen Melissa and when he stopped by her house Wren said that she hadn’t been in London for a while. So, Melissa was in Rosewood when Mrs. DiLaurentis was killed. She has always claimed that everything she has done was to protect Spencer (although we’re not entirely sure we’re buying it). Could it be that she truly thought Spencer had killed Alison, or whoever was in Alison’s grave, so she killed Mrs. DiLaurentis to stop her from going to the police and telling them that Spencer tried to kill Alison?

So, there’s our top suspects: Melissa Hastings, CeCe Drake, and Jason DiLaurentis. Who do you think killed Mrs. DiLaurentis? Share your thoughts and PLL theories in the comment section below, and don’t forget to check CDL for all of your Pretty Little Liars spoilers and recaps.