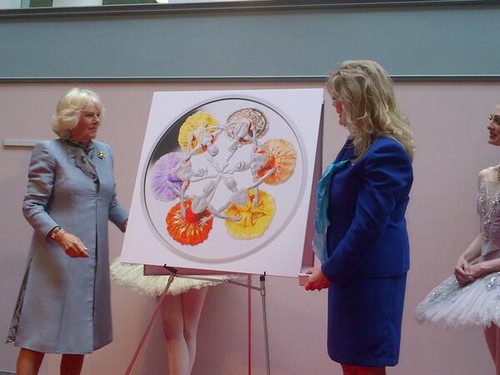 Quite possibly the only thing worse than death to Prince Charles is being stuck for 3 and a half days on a 41 engagement whistle stop tour with Camilla Parker-Bowles. We have been telling you for months about just how bad things are between these two and so after Prince William and Kate Middleton won rave reviews for their 3 week tour down under it was up to Charles and Camilla to earn the same kind of love and respect while visiting Canada.

According to the June 9th print edition of GLOBE Magazine Charles and Cami both fought against going but Queen Elizabeth insisted that they take the trip. Upon landing in Nova Scotia on May 18th Camilla exclaimed that it would take a lot of booze to survive and then she did indeed drink her way through all 41 engagements before returning home. It caused constant fighting and Charles was raging every time his drunken wife threw back another gin martini.

Once back at Clarence House Charles demanded that Camilla pack up and leave because he couldn’t stomach the sight of her. Of course Camilla refused to leave and eventually Charles had the staff pack four bags for him. He then left for Buckingham Palace with Camilla making fun of him for running home to his mother. Could we be seeing the prelude to another royal divorce for the heir to the British Throne? Prince Charles and Princess Diana divorced after years of cheating affairs on both of their parts and the monarchy bare;y survived the scandal. Could Charles and Camilla be ready to throw in the royal towel? What will Queen Elizabeth say?

Camilla’s drinking clearly is a problem and it ensures that every battle escalates to epic proportions in minimal time. Do you think that time apart is in Charles and Camilla’s best interest? Can their marriage survive? Tell us your thoughts in the comments below!