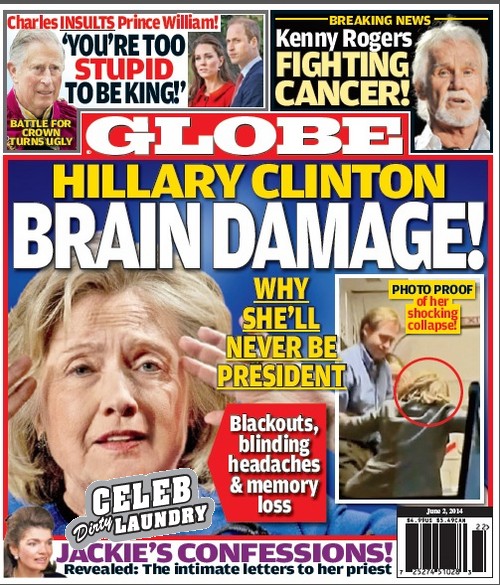 It has been barely a hot minute since we talked about all of the in-fighting that exists among the royals. Instead we have spent a few weeks praising Kate Middleton’s award winning performance in Australia and have focused on the probable fact that she is indeed expecting a second child with Prince William. That doesn’t mean that the problems within the family have disappeared. In fact it seems to be just the opposite. According to the June 2nd print edition of GLOBE Magazine Prince Charles has actually lashed out at his son and exclaimed Prince William to be too stupid to be the next King!

Perhaps the pressure from Camilla Parker-Bowles is getting to Charles. We have often discussed how much pressure she has put on her husband to do whatever it takes to make sure his birthright is honored, leaving William is the proverbial dust. Plus let’s face it, even though Charles has never seemed to care too much himself about becoming King he certainly can’t love constantly being one-upped by his son. It’s hardly a secret that everyone from the royal watchers to his own family prefers William and Kate rising to the throne ahead of himself and Cami. GLOBES’ sources indicate that the fighting behind the scenes is at its ugliest yet.

Also in the June 2nd print edition of GLOBE Magazine you can read the latest on Hillary Clinton’s likely bid for 2016. Was Karl Rove onto something last week when he insisted that she still has blackouts and memory loss?

Country music fans will be sad to learn that Kenny Rogers is battling a serious kind of cancer!

Last week we also learned that Jackie Kennedy spent decades writing confessional letters to her priest and those private moments have now been released to the public. The June 2nd print edition of GLOBE Magazine gives its readers a close look at Jackie’s private thoughts.

You’re going to want to grab yourself a copy of GLOBE this week for sure! Only GLOBE has the resources to get inside the Palace walls and come back out with the shocking truth about the latest Royal intrigue. Just as important is GLOBE’s integrity, assuring that they report back to loyal readers the hard truth, no matter how it might upset the traditional view people have of the Royal Family. Right now the battle for the Throne is heating up as Queen Elizabeth’s 90th year approaches. I trust GLOBE to expose the behind-the-scenes struggle between Kate Middleton and Prince William on the one hand, and Prince Charles and wicked Camilla Parker-Bowles on the other.  I’m heading out to pick up my copy of the June 2nd print edition of GLOBE today!