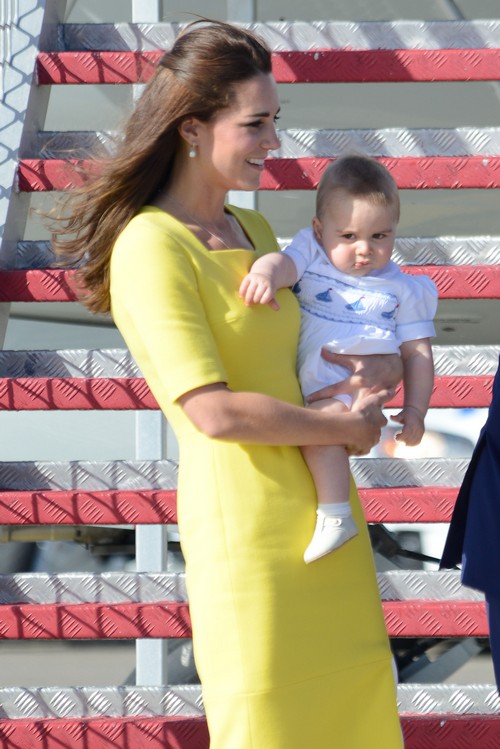 Just weeks after she wrapped the New Zealand and Australia tour to rave reviews, Kate Middleton has gone AWOL. She reportedly pulled out of making an appearance at the Ralph Lauren hosted charity event last week, with sources saying that she’s busy ‘decorating’ her new Norfolk country home.

The home was gifted to Kate and Prince William from Queen Elizabeth, and all the renovations that are currently taking place will be borne by the royal family. So of course Kate and Will are taking full advantage of that and making sure that they’re getting everything they wanted added to the house, but as an excuse for not coming coming to events, it’s a bunch of crap.

For one, right after Prince William was born, Princess Diana was in the same situation – and she managed to take care of William, oversee renovations on her new place, and make public appearances frequently. She didn’t use ‘decoration’ as an excuse for why she’s appearing in public, which makes me think that either Kate is just spectacularly lazy or she’s hiding something.

There have been plenty of rumors suggesting that Kate’s pregnant with her second child, which would explain why she’s been staying out of the public eye recently. I mean, she has professionals who are taking care of the renovations, so really, what’s her excuse? She wouldn’t risk angering Ralph Lauren just because she was feeling lazy, would she?

But then again, she and Will are set to make a trip to Scotland in the near future, so we’ll find out if there is any truth to these pregnancy rumors. If she avoids alcohol during the trip, then we’ll have an inkling of the truth. But if she does drink during the trip and seems like her usual self, then we’ll just chalk it up to laziness and a laissez-faire attitude. Plus, it’s not like she’s the Queen yet, so really, she doesn’t HAVE to make all these public appearances.

What do you guys think? Is Kate Middleton really pregnant with her second child? Let us know your thoughts in the comments below.