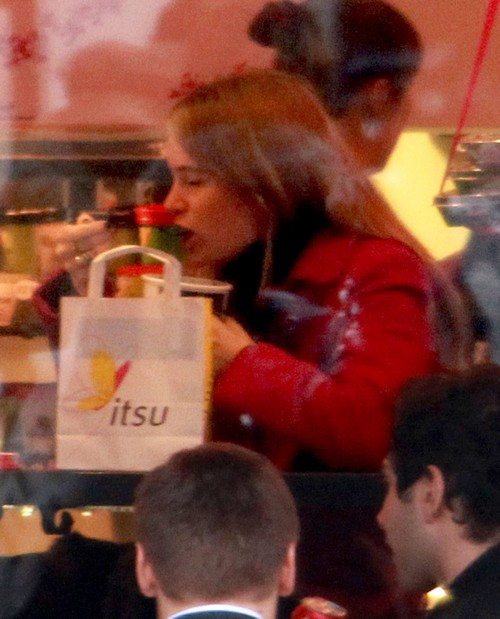 According to the latest report from the National Enquirer, Prince Charles doesn’t want Prince Harry marrying Cressida Bonas, because he thinks that it will affect the royal family’s public image. Apparently, Cressida’s stepfather committed suicide and this apparently means that she can’t marry Harry?

If this story is true, then Prince Charles is the biggest hypocrite in the entire royal family. First of all, how the heck is Charles in any condition to make judgments on marriages? His relationship with Princess Diana was an unmitigated disaster, saved only by the fact that Diana was such a wonderful mother.

Anyway, the Enquirer’s source explains, “Harry had a meltdown after his father told him to ‘back off’ from Cress because of her family problems. Charles has been thrilled that the Royal family’s credibility was restored after Prince William married Kate Middleton and (their son) Prince George was born. Charles doesn’t want Cress’ family problems to cost them all that good will.”

Seriously? If anything, Cressida Bonas is significantly more prepared to join the family than Kate ever was. And how can Charles hold the girl’s stepfather against her, especially when members of the royal family have done similar things in the past? Plus, the Middleton family’s not exactly without its share of ‘interesting’ family members, so all this crap about the royal family’s ‘credibility’ being restored after Will’s marriage to Kate is ridiculous. Like I said, Cressida’s family is technically more ‘suitable’ for a royal marriage than the Middletons ever were. And anyway, I highly doubt Harry would listen to word Charles has to say, at least not until he’s king – and if Charles has his way, that’ll be sooner rather than later.