BY Siyana Riley on May 13, 2014 | Comments: one comment
Related : Prince Charles, Prince William, The Royals 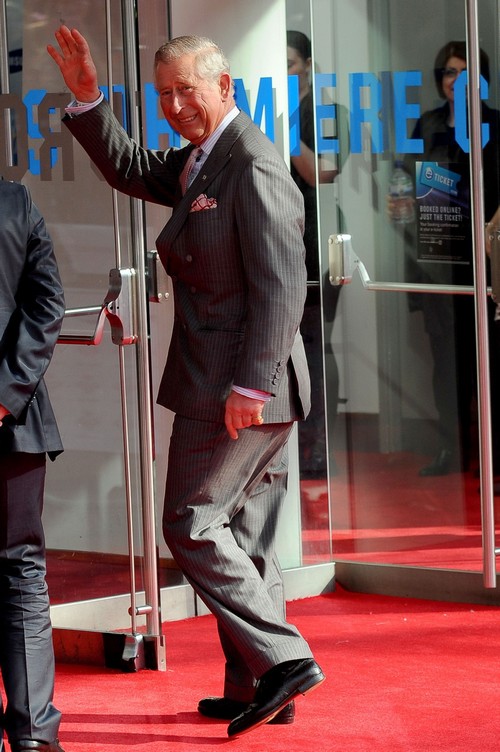 Prince Charles and Prince William have arguments like any other father and son, but the only difference is that their arguments are blown out of proportion by the media. According to reports, Prince William and Prince Charles are arguing about Buckingham Palace’s priceless ivory collection. William wants it destroyed, and Charles is telling his son to stop acting like an idiot. Yes, we’re paraphrasing, but that’s the gist of it.

Apparently, royal sources have revealed that Charles and William have had a ‘frank exchange of words‘ over the future of the palace’s ivory collection, which in royal speak means that they got into a fight. Charles reportedly called William ‘naive‘ for wanting to destroy the collection, and is upset that Will publicly stated that he wanted the ivory collection in the palace removed.

Will’s wildlife campaign has been focused on the African elephant for some time now, and he was even reported to have told chimpanzee expert Jane Goodall at the summit last February [the one on illegal wildlife trade] that he wanted to get rid of all the ivory at the palace. However, Charles disagrees with William’s comments, and wants William to recognize the historical significance of the palace’s ivory collection, especially since it includes a throne that used to belong to Queen Victoria.

A source explained, “Charles thought the remarks were somewhat naive and stupid when you consider the vast collection of ivory held at the Palace. He seems to believe there is a vast difference between rightly calling for action against illegal traders and to call for Buckingham Palace to rid itself of an enormously important and historical collection of artifacts.”

Basically, Charles chastised William for not thinking things through, and William rebelled against his father for disagreeing with him. All in all, I wouldn’t be surprised if Charles and William are having these types of fights often, especially as Charles comes into more power and William becomes a more public figure.