Prince Harry Wants Cressida Bonas Back, Has Secret Meeting With Her Before Leaving For Rome (PHOTOS) 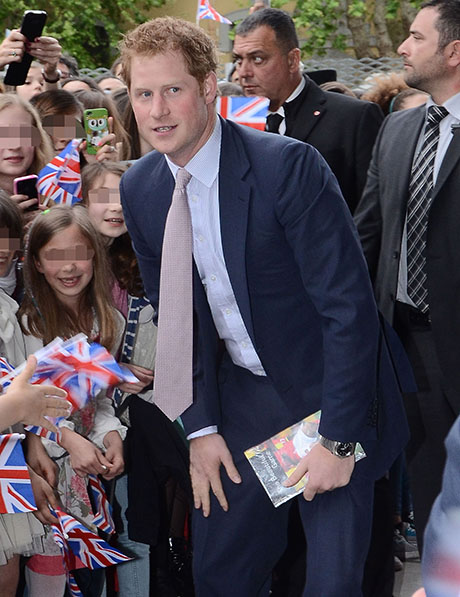 Anyway, Harry’s seemed to get over the breakup pretty easily, at least if his latest conquests are any indication. It seemed like the minute he broke things off, he jetted off to the US and then proceeded to hook up with a random blonde at Guy Pelly‘s wedding. But of course, since it’s Prince Harry, no one’s actually all that surprised. It would have been out of character had he sat at the wedding, crying and lamenting the loss of his true love. It’s something Prince William might have done, but definitely not Harry.

But keep in mind, just because Harry rebounded from his relationship so quickly, it doesn’t necessarily mean that he still doesn’t have feelings for Cressida. Harry’s currently in Rome while on an official trip, but before he left the UK, he reportedly had a secret meeting with Cressida at his apartment at Kensington Palace.

Apparently, the meeting was largely a reason for Harry to beg Cressida to give their relationship another try, with a source telling the Daily Mail, “They have been in constant touch since they broke up and she has now met up with him. It’s all very amicable and no one is ruling out that they will get back together, but Cressida hasn’t made her mind up and the ball is really in her court.”

Yeah, despite what Harry’s people keep leaking to the press, I have a feeling that the breakup was initiated by Cressida, not Harry. It seems like Cressida truly does enjoy her independence and doesn’t want to give it all up by joining the royal family. But will Harry’s persistence win her back?