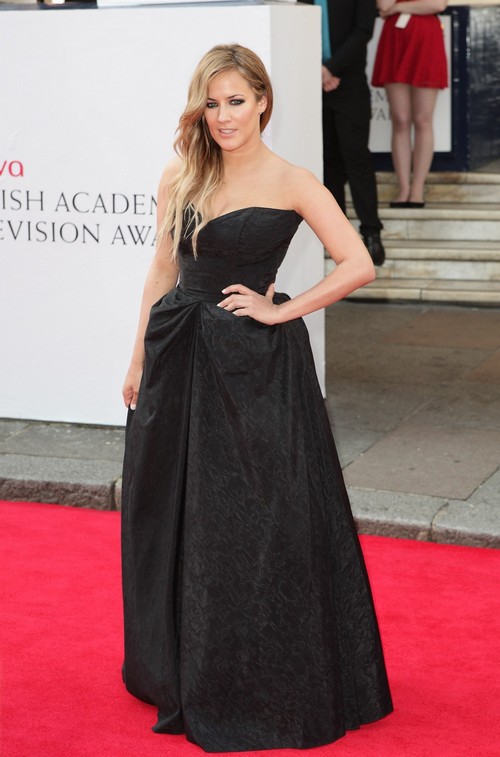 Prince Harry recently broke up with Cressida Bonas, but nobody bounces back faster than the ginger-haired prince. He’s reportedly turning to ex-fling Caroline Flack to help him through his post-breakup angst.

According to the Daily Mail, Harry has turned to Caroline for a ‘shoulder to cry on’, figuratively speaking. We’ll take that as confirmation that Harry and Caroline are hooking up, considering that there’s no way Harry is actually ‘crying’ on anybody’s shoulder. Plus, Caroline is infamous for hooking up with famous celebrities, since she’s also had a fling with One Direction’s Harry Styles.

A source tells the Mail, “They have been in contact by phone. Harry likes to keep in touch with his old girlfriends and he knows Caroline is fun and discreet. In fact someone mentioned his name the other day and Caroline got flustered and went bright red.”

Yes, the epitome of staying discreet is turning bright red when someone mentions your paramour’s name. I’m telling you, I wouldn’t be surprised if it was Caroline or one of her friends who leaked this to the Mail.

As to the veracity of this report, we already know that Harry and Caroline had a brief fling in the past, when he broke up with Chelsy Davy back in 2009. Their fling didn’t last long, but the difference between that time and this time is that Caroline reportedly has a boyfriend now. Her BF, Jack Street, might not be too happy to find out that his girlfriend is spending time with a newly single Prince Harry. He’s not stupid, and he probably knows that Caroline would dump him for Harry any day of the week.