Prince Harry’s Drinking And Partying Get Totally Out Of Hand – He’s On His Way To Rehab! 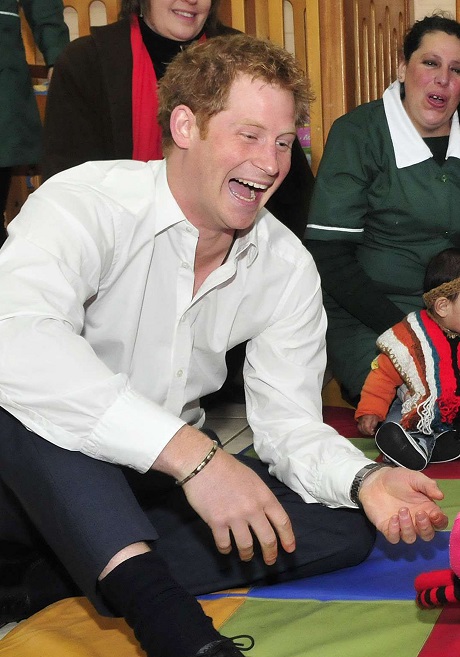 Prince Harry loves to party, but does he love it too much? New reports are suggesting that Harry might have a drinking problem, and that his family is considering a trip to rehab for the recently single royal.

A source tells OK! Magazine, “Harry spent two days boozing in Slovakia before heading to Brazil for more parties. [Kate Middleton] fears he could be heading for rehab if he doesn’t slow down. Kate tried talking to him, but he doesn’t want to acknowledge that he might be going overboard.”

I’m sure Kate is more worried about Harry than his own brother, Prince William. I’m sure. Also, Harry’s been drinking and boozing this much for a very, very long time, so why would he attend rehab now if he hasn’t in the past? If anything, his drinking has reduced slightly after the Vegas debacle, when his family no doubt cracked down on his partying and issued strict edicts on how much he could drink in public.

Plus, if Harry really did have an addiction issue, you think the royals would have let it go unchecked for this long? They didn’t let him go back to the US for ages after his naked scandal, so going by that logic, they probably would have refused to let him near a drink if he was dealing with alcohol problems. And I’m pretty sure the palace has its own special ‘rehab’ for members of the royal family. I think it involves getting locked in the dungeon and being brainwashed into submission. Oh wait, I’m thinking of Scientology.

Regardless, I very much doubt the accuracy of this story – not because I would be surprised if Harry did have a drinking problem but because the royals are still letting him run around unchecked…if that’s the case.